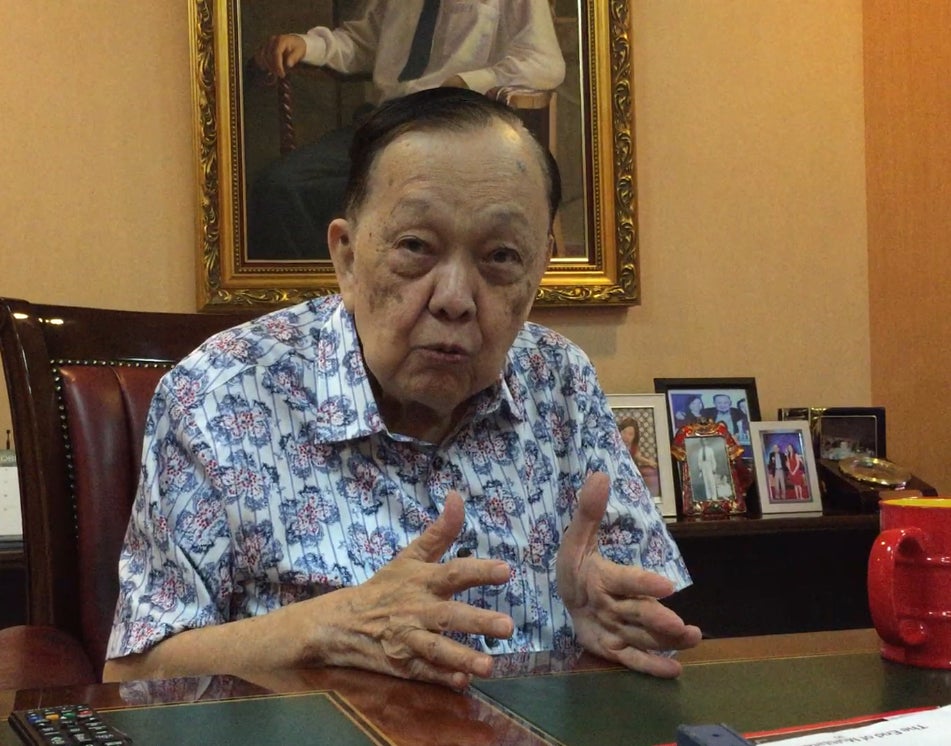 University of Cebu President Augusto Go says he will not allow the school to become a diploma mill by allowing students to graduate even if they could not pass the licensure examinations. | Rosalie Abatayo

CEBU CITY, Philippines — Lawyer and business tycoon Augusto Go, president of the University of Cebu, said he would open an extensive review class for the 34 electrical engineering students, who failed to graduate last Tuesday, October 15, after flunking their review subjects.

This time, it will be free of charge and even come with a P1,000 monthly stipend so the students can focus more on their review.

The 34 students and their parents first approached the local radio program anchored by CDN Digital columnist Lawyer Ruphil Bañoc after they were informed that they were not part of last Tuesday’s graduation ceremony.

Read more: What can UC and CHED do to UC students’ problem?

The students claimed that their instructors only let six students from their class graduate in order to secure a high passing percentage for the university during the board exams.

In his column published on Friday, October 18, Bañoc said the students had been been told by the teachers since their preliminary examination that only six of them could graduate because the school had “raised its standards.”

But Go said the teacher was just speaking based on their initial performance in the review class.

He also denied that the students were held hostage in order for the school to maintain a high passing percentage in the board examinations.

“My concern is not to blame who is at fault and why did this happen. I cannot change the grade of the teacher. But I am very concerned about the fate of these students,” Go told CDN Digital.

“When they come here, they want to study and after studying they want to graduate. But the ultimate goal is to pass the PRC (Professional Regulation Commission) board examination. Without passing the PRC examination, that diploma is just a piece of paper,” he added.

According to Go, he has already instructed the chairman of the electrical engineering department to arrange a dialogue with the parents on Monday, October 21, to explain the situation and announce his offer for free extensive review classes.

“I will ask them to come at 8 o’clock in the morning to an air-conditioned room that is full of textbooks, review materials, and a lecturer will [facilitate] their review for the board examination. They can stay until 6 p.m., Monday to Sunday. And I will give them P1,000 for their lunch so they don’t need to go home,” said Go.

“The reason is this, if I just allow them to pass even if the teachers will say that they cannot pass, I become a diploma mill,” Go added.

Go said he would not allow the school to become a mere diploma mill where students would graduate without the capacity to earn their license.

UC has been reputed as one of the powerhouse universities in Cebu after its graduates land on the top 10 of several licensure examinations of different programs.

Recently, nine out of the 12 top scorers in the Naval Architecture and Marine Engineering Board Examination are graduates of the university.

Last May 2019, a graduate of UC ranked first in the Civil Engineering Licensure Examination./dbs