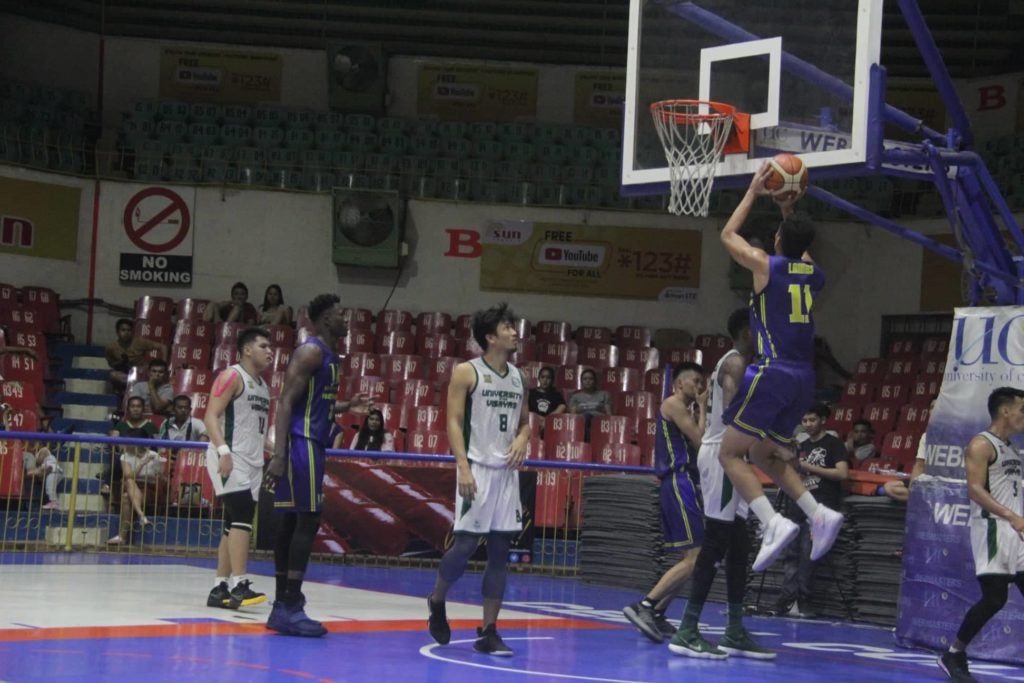 Michael Lawas rises up for a shot over the Green Lancers.

CEBU CITY, Philippines – The University of Cebu (UC) Webmasters defeated the University of the Visayas (UV) Green Lancers, 83-66, for the second time in the Cesafi collegiate game on Saturday, October 20, 2019 at the Cebu Coliseum.

This is UC’s second straight win in the second round which improved its win-loss record to 5-3.

UV, on the other hand, absorbed its second straight loss in the second round and now totes a 6-3 card.

Shane Menina was a big help to UC’s win as he finished with 26 points while Luigi Konrad Gabisan chipped in 14 points, 10 of which he scored in the third quarter.

Jancork Cabahug finished with 20 points for UV, albeit for a losing cause.

Both teams had waxed hot in the first quarter with UV taking a two-point lead, 19-17, going into the second quarter.

UC, however, slowly started controlling the game and posted its highest lead at 21 points, 69-48, on a basket by Menina early in the final canto.

Being the champions that they are, UV came close at 10 points, 62-72, with three minutes left in the ballgame before UC started widening the gap again.