Borgonia: Deputizing police prosecutors will be ‘a great injustice’ to private complainants 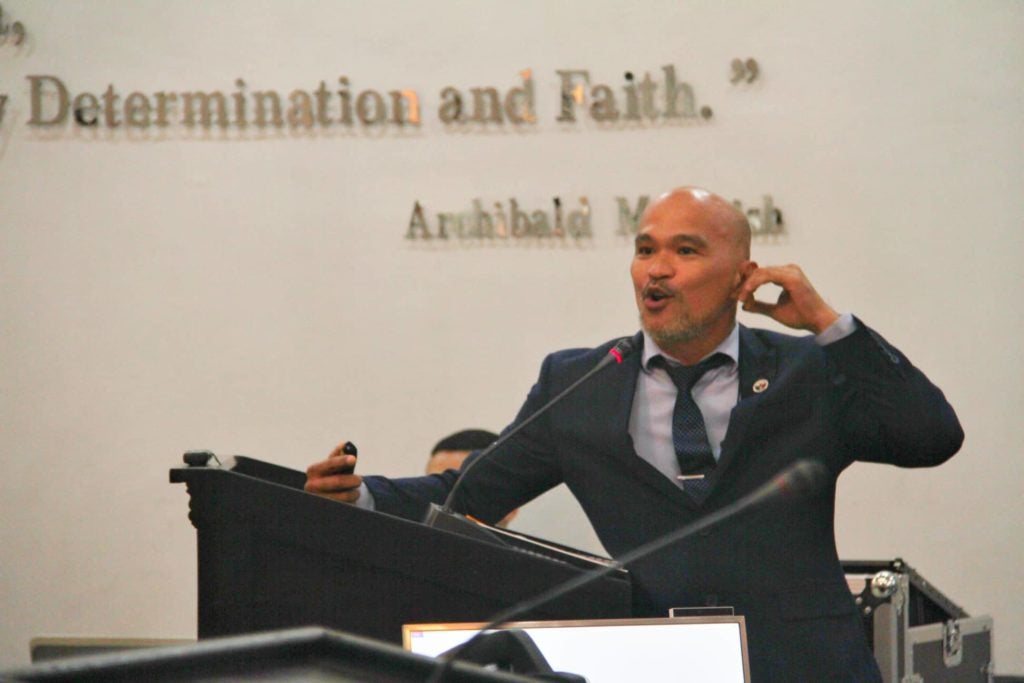 Provincial Prosecutor Ludivico Cutaran explains to the Provincial Board his decision to deputize policemen to prosecute cases in first level courts.| Gerard Francisco

This as the board member believes that allowing police officers to act as prosecutors of cases makes “a great injustice to private complainants.”

During their session this afternoon, the PB invited Provincial Prosecutor Ludivico Cutaran to explain his memorandum issued last September 23 where he deputized police officers to prosecute cases in first level courts such as Municipal Trial Courts in Cities (MTCCs) and the Municipal Circuit Trial Courts (MCTCs).

In his memorandum, Cutaran cited the heavy workload of the prosecutors in his office as a basis for delegating the prosecutorial function to the police.

During his appearance in the PB session, Cutaran maintained that they needed to deputize the policemen because of their heavy workload and lack of prosecutors in their office.

Cutaran said all police investigators had been able to prosecute cases because of their ground information.

But Borgonia said that while the police might know the circumstances of the cases, they might still be unequipped with skills to match the private lawyers of accused individuals.

“The training for the police officers is not enough to handle these cases before the MTCs. They are no match for veteran lawyers in skills that need to be acquired through long experience in trial courts: trial techniques, procedural law, and criminal law and Revised Penal Code,” Borgonia said.

“This is a great injustice sa mga private complainants because we know for a fact nga di gyud kaya. They are there for law enforcement not for prosecutorial,” he added.

Cutaran, however, assured that the delegation of the police prosecutors was only temporary until they would have additional prosecutors that could handle the cases.

The hiring of prosecutors, he said, lies upon the Department of Justice.

Cutaran also revealed that he had yet to notify the DOJ about his move to deputize police officers to prosecute cases./dbs