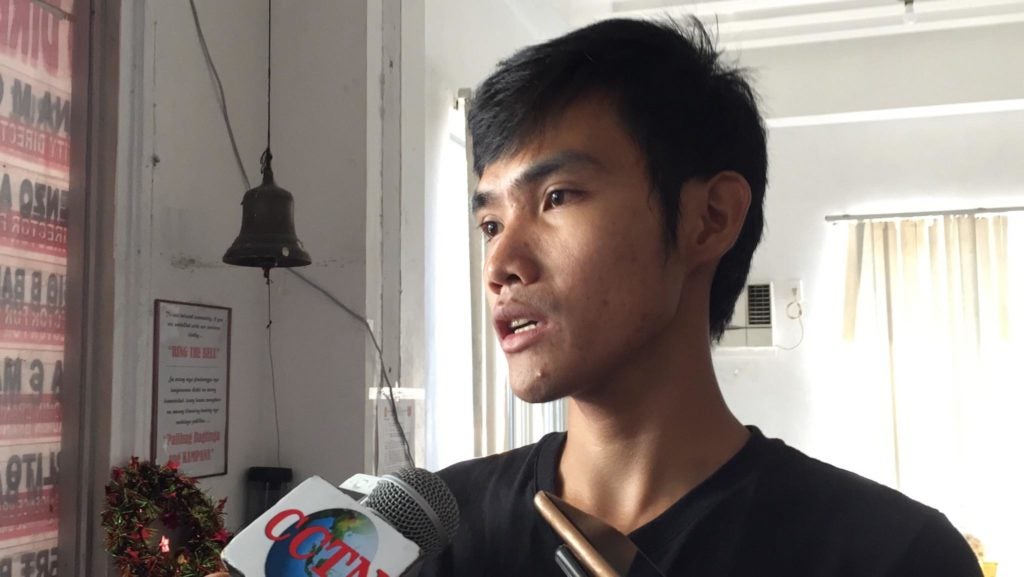 CEBU CITY, Philippines—A massage therapists has filed complaints of physical injuries against a customer who allegedly punched him in the body on Wednesday night, October 23, 2019, in a massage parlor along the Fuente Osmeña, Cebu City.

Police Major Eduard Sanchez, chief of the Abellana Police Station, identified the suspect as Mayor David Navarro of Clarin town in Misamis Occidental, who is in Cebu to attend a seminar.

The complainant was John Dueñas, 23 years old from Alcoy town, Cebu. He suffered minor injuries to the body from the incident.

In an interview with the media, Dueñas said the mayor asked the clerk of the parlor for a female therapist.

But when they refused to give one, the mayor allegedly told the clerk that he will pay them P500 to P1000 to spar with any of the male therapist available.

Dueñas, who was not informed of the mayor’s alleged threat, came out to respond to the call for help from the massage parlor’s clerks.

It was then that he was held by the alleged aides of the mayor and was punched multiple times in the body.

Sanchez said they invited the mayor to settle the conflict in the police station, but as of 12 noon of Thursday, October 24, 2019, he has not appeared.

The victim said that he and the massage parlor will be filing charges of physical injuries and acts of lasciviousness against the mayor. /bmjo