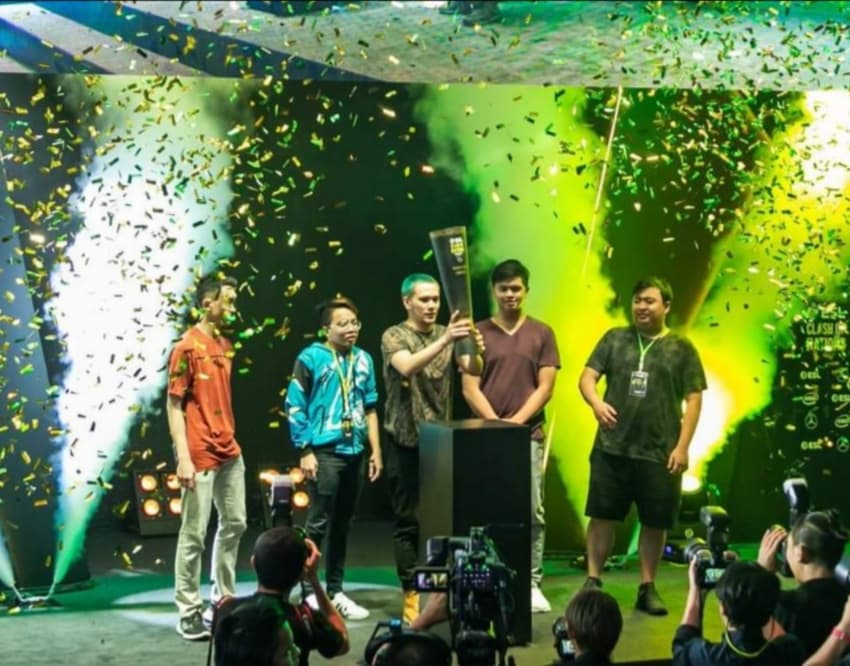 Members of Cebu’s Team Adroit received their trophy after they defeated BOOM Esports of Indonesia in the first ESL Clash of Nations held in Bangkok, Thailand. | Photo courtesy of ESL Asia

CEBU CITY, Philippines — A month after winning the VKGAME Battle of Dawns tournament, Team Adroit once again made history after they won the first ESL Clash of Nations series held in Siam Paragon in Bangkok, Thailand on Sunday, October 27, 2019.

Cebu’s Team Adroit outwitted the powerhouse BOOM Esports of Indonesia during the finals game with a 2-1 standing and brought home a prize money of $20,000 or at least P1 million.

Team Adroit that landed on the lower bracket after having been defeated by BOOM Esports during the semifinals game, made a comeback by defeating six other professional Dota 2 teams coming from different countries.

Gonzales admitted that members of their team, which included three rookies, were all nervous during the competition.

(We didn’t expect to win because we were all nervous. All of the three rookies, who were part of our team, had an off game because of their nervousness.)

(But since we were already there, we just made sure to give it our 100 percent. Although we were already tired, we were still very determined to bring home the trophy so that the Philippine team will be declared as the champion team.)

Gonzales also said that their game against BOOM Esports was the most crucial part of their ESL Clash of Nations journey because they were faced with a very skilled Indonesian team.

(BOOM (Esports) was a very strong team. They placed so much pressure on our game, on our team.)

Gonzales said they drew inspiration from members of Cebu’s Dota 2 community who have been very supportive of their ESL Clash of Nations journey.

Members of Team Adroit already returned to Cebu today, October 28, to come back home to their respective families and to also start preparations for this year’s MDL Chengdu Major that will be held in Chengdu, China in November 2019. / dcb