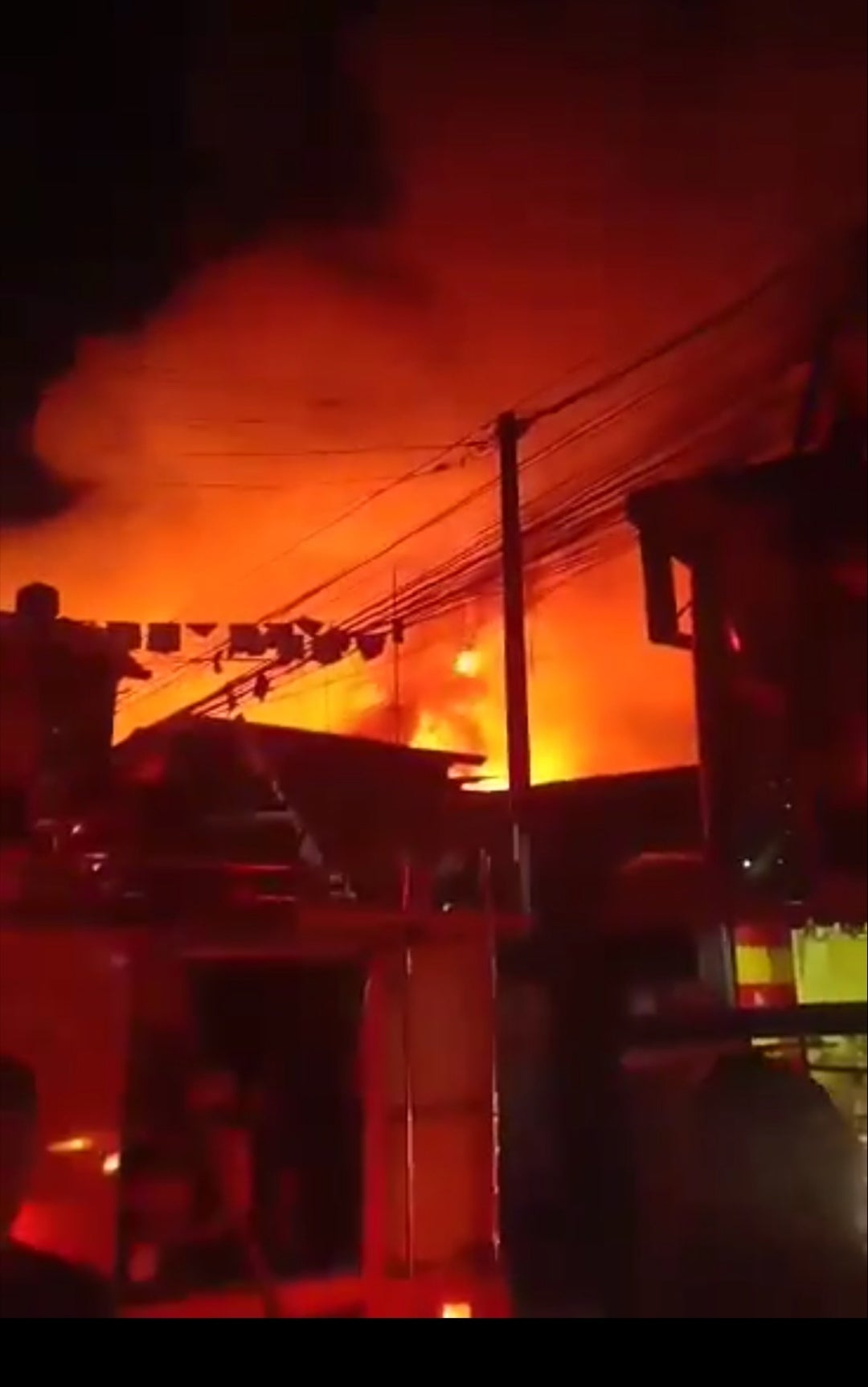 SCREENSHOTfrom the video provided by the Cebu City Fire Volunteers

CEBU CITY, Philippines — A total of 25 houses were burned down while four more were partially damaged by a dawn blaze that hit Sitio Ipil-ipil, Barangay Alaska Mambaling around 1:45 a.m. on Thursday, October 31.

At least 30 families are now homeless because of the fire that started in the home of a certain Junmark Gonzaga.

Senior Fire Officer 2 Hermes Molina of the Cebu City Fire Department said investigators are still determining the exact cause of the fire.

Molina said some of the houses are made of light materials which contributed to the rapid spread of the fire.

Senior Inspector Arnel Abella told CDN Digital that the firefighters rescued three children and an adult, who were trapped inside their home when the fire started.

The fire department estimated the damaged to be worth P139,000.

One person identified as Jefferson Batocali, 21, was injured during the incident after he was accidentally hit by a  on a galvanized iron roof while trying to escape fire.

No other persons were reported to have been injured during the incident. / celr

Read Next
Being mindful of  ‘discards’