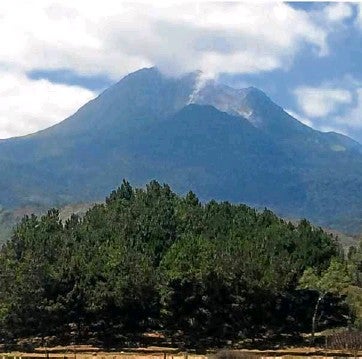 Alvarado said all the workers were safe after trekking for several hours. 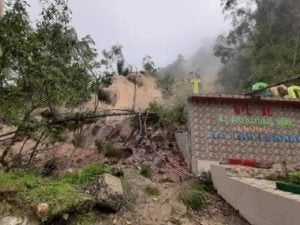 Last Thursday, the magnitude 6.5 earthquake that hit Tulunan in Cotabato province, the second quake of the same strength to hit the area in a span of a week,  triggered landslides that cover sections of the road leading to the power plant in Barangay Ilomavis, Kidapawan City. It was felt at Intensity 7 in Kidapawan City.

The quake and the series of aftershocks that followed caused a wide swath of damage across Mindanao, particularly Kidapawan and in Davao City, where the tremblor was felt at Intensity 6.

In a statement, Energy Development Corporation (EDC), which owns and operates the Mount Apo geothermal facility, said all of their employees were safe and accounted for.

“We confirm that all our employees have been accounted for and are safe after another strong earthquake struck Kidapawan this morning,” EDC Magpet facility head Romy Kee, said.

Kee said two of their power plants—the M1 and M2—sustained some damages and “were put on turning gear operation only.”

He also assured that the 1,400 residents from the Ubo-Manobo lumad (indigenous people) community living outside the perimeter fence of the geothermal plant have been relocated to the Sayaban gym in Barangay Ilomavis for their safety.

Alvarado said that to their knowledge, all the lumads living on the slopes of Mount Apo near the geothermal plant have came down from the mountains for fear of landslides and falling rocks.

“We are coping with the emergency here despite the shortages of tents and food,” said Alvarado, whose army battalion oversee rescue operations in the area./elb