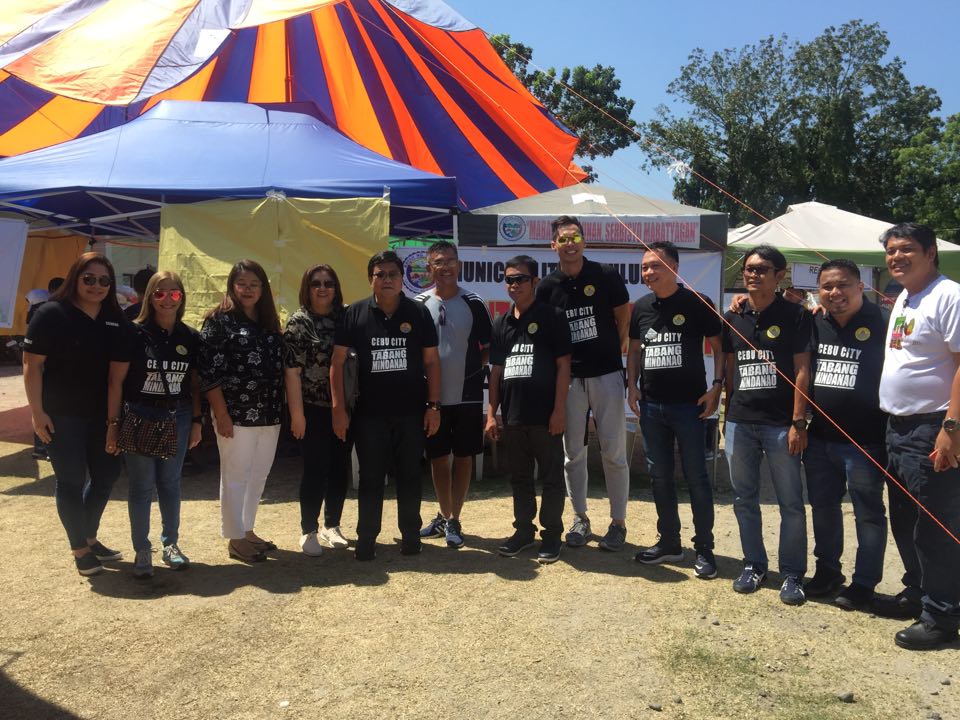 The Cebu City delegation led by Mayor Edgardo Labella (fourth from the left) arrived in North Cotabato to distribute aid to the victims of the recent earthquakes. | Courtesy of the Cebu City Public Information Office

CEBU CITY, Philippines — The Cebu City government has shipped off P10 million worth of aid on Saturday, November 9, 2019, to two towns in North Cotabato and a town in Davao del Sur that were devastated by the series of earthquakes that hit a wide area in Mindanao in October.

The Cebu City Council approved P10 million financial aid on Tuesday, November 5, 2019, amid reports that the quake-stricken provinces of Mindanao are in dire need of help as the earthquake cut off the energy and water supplies in these areas.

Labella said he personally went to Cotabato in order to see for himself the status of the  gravely affected towns, namely, Makilala and Tulunan in North Cotabato and Magsaysay in Davao Del Sur.

Based on the assessment of the Cebu  City Disaster Risk Reduction and Management Office (CDRRMO)  on the needs of the victims, the city brought at least a thousand pieces of canvas to make tents, 10,000 gallons of water, hygiene kits, canned goods, and blankets.

“Instead of giving money, we brought goods to ensure the victims are provided with the necessary materials to survive the recent quakes,” said Labella.

Labella said he also went to Cotabato to ensure that the goods are actually distributed and are not only stocked in warehouses along with other shipped donations.

The mayor added that the P10 million worth of relief items were only an initial help, since the fund used to purchase the goods was readily available from the disaster budget of the CDRRMO.

He said the city government may still give additional help if necessary.

Labella said the city must always help the other local government units (LGUs) because this is the spirit of the Filipino “bayanihan.” /elb