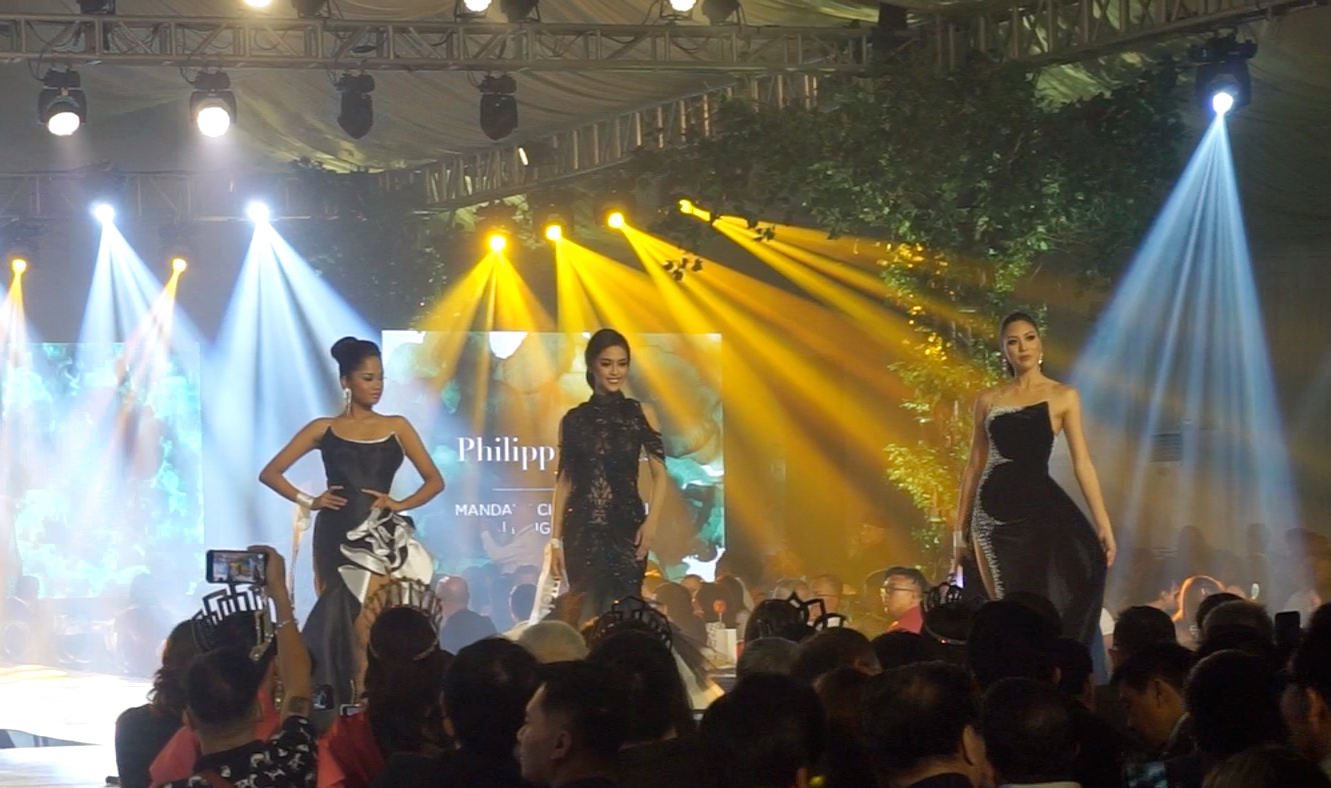 The candidates from Medellin, Minglanilla and Mandaue wear the creations of designer Philipp Tampus during the long gown competition of Binibining Cebu 2020 on Wednesday night, November 13, at the Mandani Bay Tent in Mandaue City. | CDND PHOTO / Raul Tabanao

CEBU CITY, Philippines — It was not even coronation night yet.

But it looks like it on Wednesday evening, November 13, as 54 candidates representing the towns and cities of Cebu showcased beauty and grace in the Swimwear and Long Gown Competition of Binibining Cebu 2020.

Inside the Mandani Bay tent in Mandaue City, the audience was transported inside a jungle filled with beautiful ladies as they worked on impressing a stellar set of judges.

The candidates wore evening gowns designed by mentors and alumni of the Fashion Institute of Design and Arts Cebu (FIDA Cebu), which proves why Cebu is truly a Creative City of Design as hailed by the United Nations Educational, Scientific and Cultural Organization (Unesco).

Regal and stunning in their gowns which embraced the black-and-white theme, the candidates showcased the works of the designers in a show that ran for more than two hours.

The pre-pageant event was also a venue to present the designs of established and budding Cebuano designers/artists.

The top plum went to Philipp Tampus, who was the Philippine representative to the London Fashion Week last September 2019.

The runner-ups of the best designer award were Valerie Alvez and Jeanom Ursua.

Ursua is the creative hands behind the gowns of Ciairha Monsanto (Borbon), Marla Alforque (Carcar City) and Danika Ocampo (Carmen). The candidates wore emerald green bikini by the PauLina collection of another Visayan artist, Mikee Andrei.

Andrei, who hails from Bohol and considers Cebu as her second home, creates ready-to-wear dresses, swimwear and a bridal collection.

The PauLina collection showcases the fun and vibrancy of mixing plains with prints and patters as the candidates stepped out of the jungle to parade Andrei’s creations.

Noteworthy in Andrei’s design are the multiway tops, which the candidates wore over their swimsuit. The multiway tops are suitable for all body types, which is Andrei’s way of celebrating the diversity of women’s varied figures.

The candidates’ performance in the swimwear and long gown competition will constitute 30% of the pre-pageant scores, which will determine the Top 20 finalists in the coronation night that will be held on January 13, 2020, which falls within the week of the Sinulog Festival.

This is the pageant’s third edition but this is the first time that the coronation night will be held in January.

READ: Cebu’s Sam Lo off to Venezuela to represent PH in MGI 2019

The second edition of the pageant happened on October 19, 2019 at the same venue, the Pacific Grand Ballroom of the Waterfront Cebu City Hotel and Casino.

The pageant’s official Facebook Page says that Binibining Cebu “provides a forum for today’s young women to express their viewpoints, talents, accomplishments and special cultural heritage from their home town.”