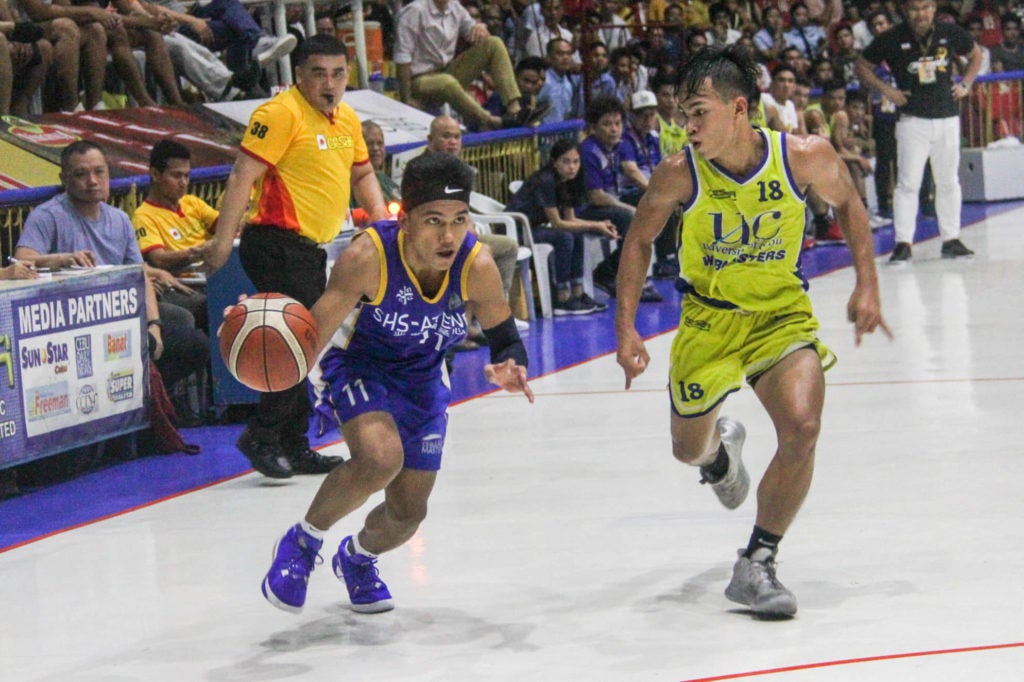 The win meant the Magis Eagles have pulled themselves a win away from claiming the crown they last won in 2016.

Leobert Andrew Casinillo had a huge game finishing with 28 points, 10 of which he scored straight in the final canto. He also had seven rebounds and three steals.

Here’s the post-game interview with Casinillo:

LIVE: Interview with LA Casinilio of the Ateneo de Cebu Magis Eagles, who defeated the University of Cebu Baby Webmasters in Game 1 of the Finals at the Cebu Coliseum. https://cebudailynews.inquirer.net/270923/ateneo-de-cebu-takes-game-1-inches-closer-to-cesafi-high-school-crown?fbclid=IwAR2gXETZJ7CUTn_9iiDFXKIEkODSjJ-bihRvxSy1XFvl6V-q6FGbgVj0Skk

The Magis Eagles used a blistering 17-0 run in the second period to pull away from the Baby Webmasters for good.

The run, spiked by two treys by Ateneo de Cebu’s Raffy Celis, allowed the Magis Eagles to take a 30-19 lead that gave them control of the game.

UC’s Maczi Micutuan and Isaiah Blanco helped trim the lead down to five, 36-31, at the end of the first half.

Ateneo de Cebu continued to pour it on in the third period, holding on to a 56-48 lead going into the final frame.

Casinillo exploded in the final quarter, making 10 straight points–including two three pointers–at one point that helped give Ateneo a 66-55 lead with six minutes left in the game.

UC refused to concede and managed to come to within three points inside the last two-minute mark, 69-72, after  two booming treys from Blanco.

Missed the game? Watch it here courtesy of Cesafi Live: