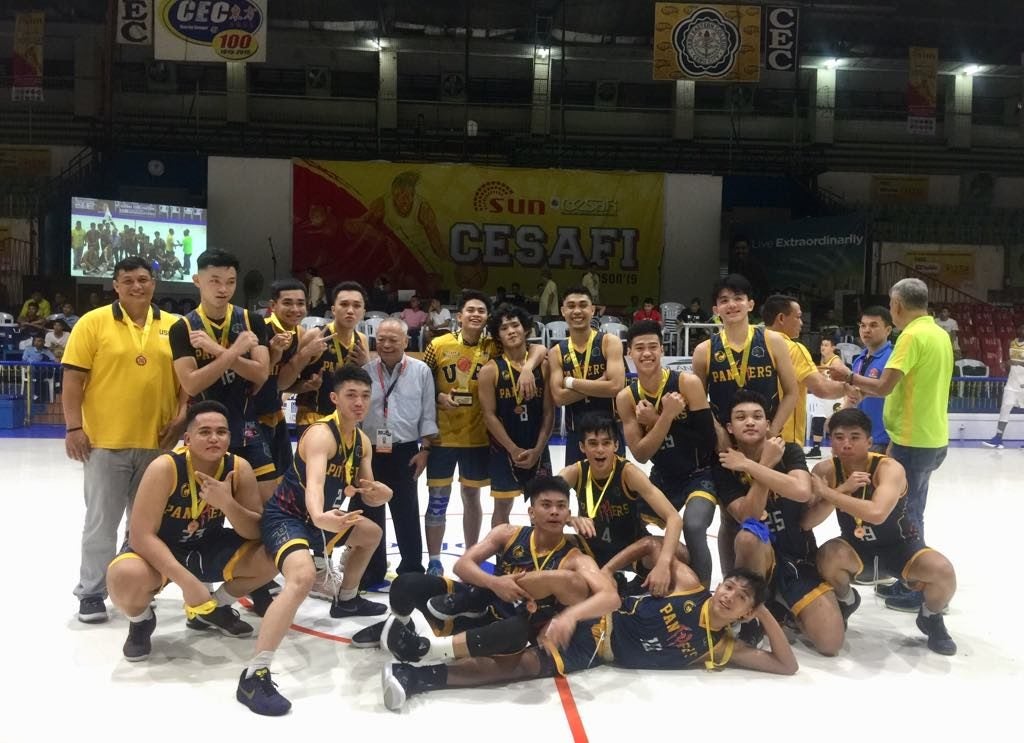 Here’s a post-game interview with Isabelo:

UV’s Franzel Dave Basalo had a game-high 20 points but it wasn’t enough against the balanced scoring of USPF, which had 12 players score in the game.

USPF led for most part of the game and seemed to have the game in the bag when UV, last year’s runner-up, rallied inside the last two-minute mark, on a basket by Albert John “AJ” Sacayan and two freebies by Samuel Melicor, cutting down USPF’s lead to just five points, 69-74.

But successive misses by Basalo, Sacayan and Melicor as the seconds were trickling out ended UV’s hopes and allowed USPF to climb a notch higher than their finish last season.

USPF was also the hungrier team at the onset posting an eight-point led at the end of the first quarter, 11-19.

UV’s lackluster performance continued in the second quarter, allowing USPF to continue controlling the game and posting their highest lead of 16 points, 44-28, at the end of the first half.

The third quarter saw the same performance from both teams.

USPF’s lead ballooned to 17 points, 72-55, with still six minutes left in the ballgame.

UV, runner up to the University of Cebu last year, eventually found a bit of their form inside the last two-minute mark but it was already too late. /bmjo

Watch the live stream of the game here via Cesafi Live:

LIVE: Battle for third game in the Cesafi high school division between the University of Southern Philippines Foundation and University of the Visayas.

Read Next
Why big sisters rock!