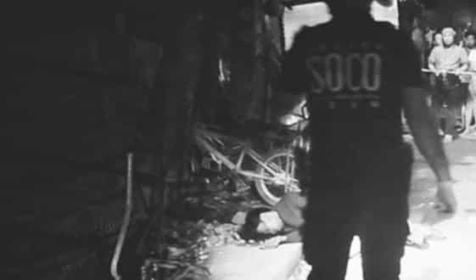 CEBU CITY, Philippines– The Mambaling police are now looking for the person of interest in the killing of a 39-year-old man along B. Aranas Extension, Barangay Duljo Fatima, Cebu City, past 12 a.m. today, Wednesday, November 27, 2019.

Police Master Sergeant Nicolo Gozales, of the Mambaling police, revealed that the man, identified only as a certain “Gil,” might be the killer of Niño Salmeron Aguilar.

Gonzales said they were now verifying the place where the man was reported to be currently living and  gathering more information about his identity.

Based on the accounts of residents near the crime scene, Aguilar was walking with the suspect at the area before they heard the sound of gunshots.

Gonzales said no one would step forward to narrate what exactly happened. However, Gozales said they were able to find out, based on Aguilar’s father testimony, that his son might be involved with a love rivalry with “Gil” over a woman.

But Gonzales said they could not be certain if  love triangle was the motive of the crime as they also found that Aguilar was allegedly involved in illegal drug use.

The scene of the crime operatives (Soco) from the Cebu City Police Office recovered four empty shells from .38 caliber pistol at the scene and a loaded .38 caliber gun from the possession of the victim.

Gonzales said they were searching for closed-circuit television (CCTV) cameras in the area that could have recorded the incident./elb