Pagasa: Kammuri now a typhoon, may enter PAR by weekend 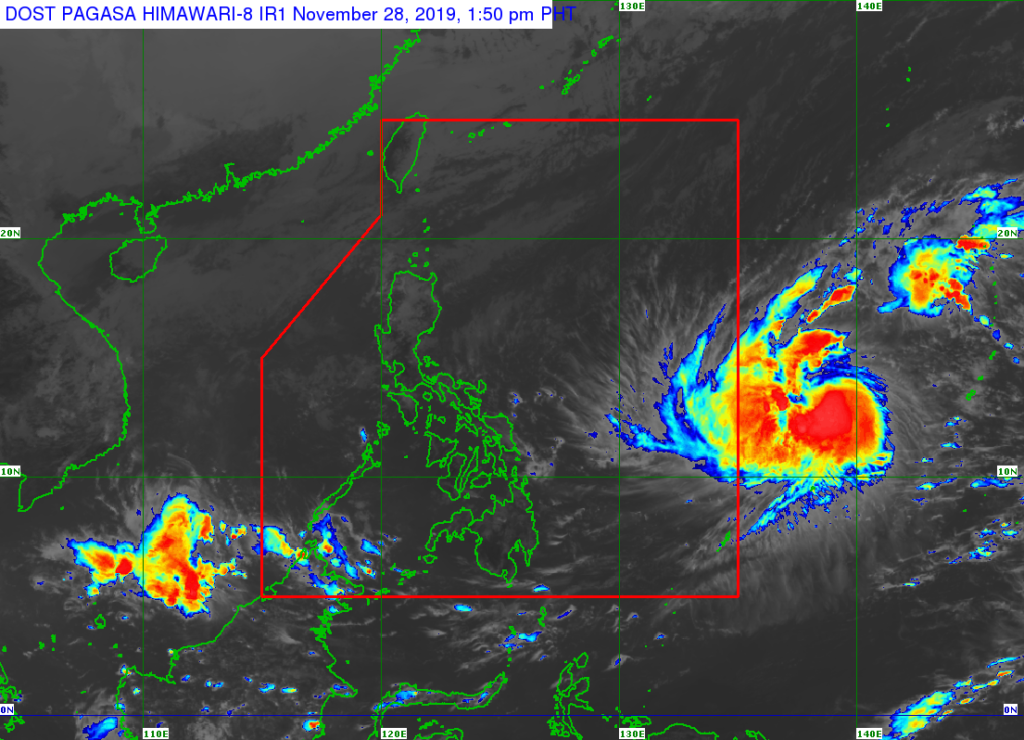 MANILA, Philippines – Severe Tropical Storm Kammuri has intensified into a typhoon while closing in on the Philippine area of responsibility (PAR), the state weather bureau said Thursday.

The typhoon, however, slowed down while moving west-northwest, according to the Philippine Atmospheric, Geophysical and Astronomical Services Administration (Pagasa).

In its 11 a.m. weather update, Pagasa said that Kammuri was spotted 1,430 kilometers east of Visayas.

Kammuri also packed maximum sustained winds of 120 kilometers per hour (kph) near the center, and gustiness of 150 kph.

The typhoon was also spotted moving at 10 kph.

Pagasa said that Kammuri is set to enter the Philippine territory by Saturday morning, the opening day of the 30th Southeast Asian (Sea) Games, or Sunday morning.

When Kammuri enters the PAR, it will be given the local name Tisoy, and will be the 20th tropical cyclone to hit the country this year, the state weather bureau said.

Tropical Cyclone Wind Signal No. 1 may be raised over the eastern portion of the Bicol region and Visayas on Sunday, Pagasa added.