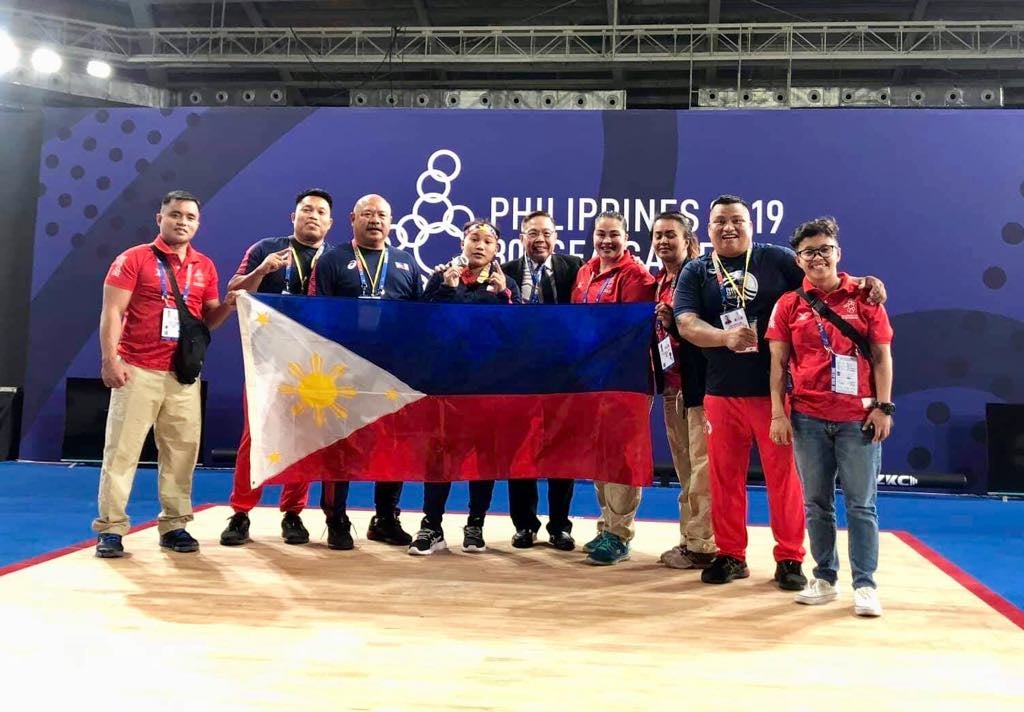 Elreen Ann Ando (fourth from left) with her coaches and  officials of the Philippine Olympic Committee officials after she bagged a silver in weightlifting on Tuesday, December 3, held at the Ninoy Aquino Stadium in Manila. | CDND Photo / Mars Alison

MANILA, Philippines — Cebuanos continue to add to the medal count of the Philippines as they continue to enter the Top 3 spots of their respective events in the ongoing 30th Southeast Asian (SEA) Games held in different venues here.

Rodriguez lost the gold medal, to Vietnam via unanimous decision.

“I’m very, very thankful for the experience. I know I didn’t get the medal that I aspired to get but at the same time, I’m not going to be bitter about it. If anything, it is going to push me to be hungrier, to train harder for the next SEA Games because I will make sure that I will be in the next SEA Games,” said Rodriguez.

The 22-year-old Rodriguez advanced to the championship round by scoring a unanimous decision over Myanmar in the semifinal round. 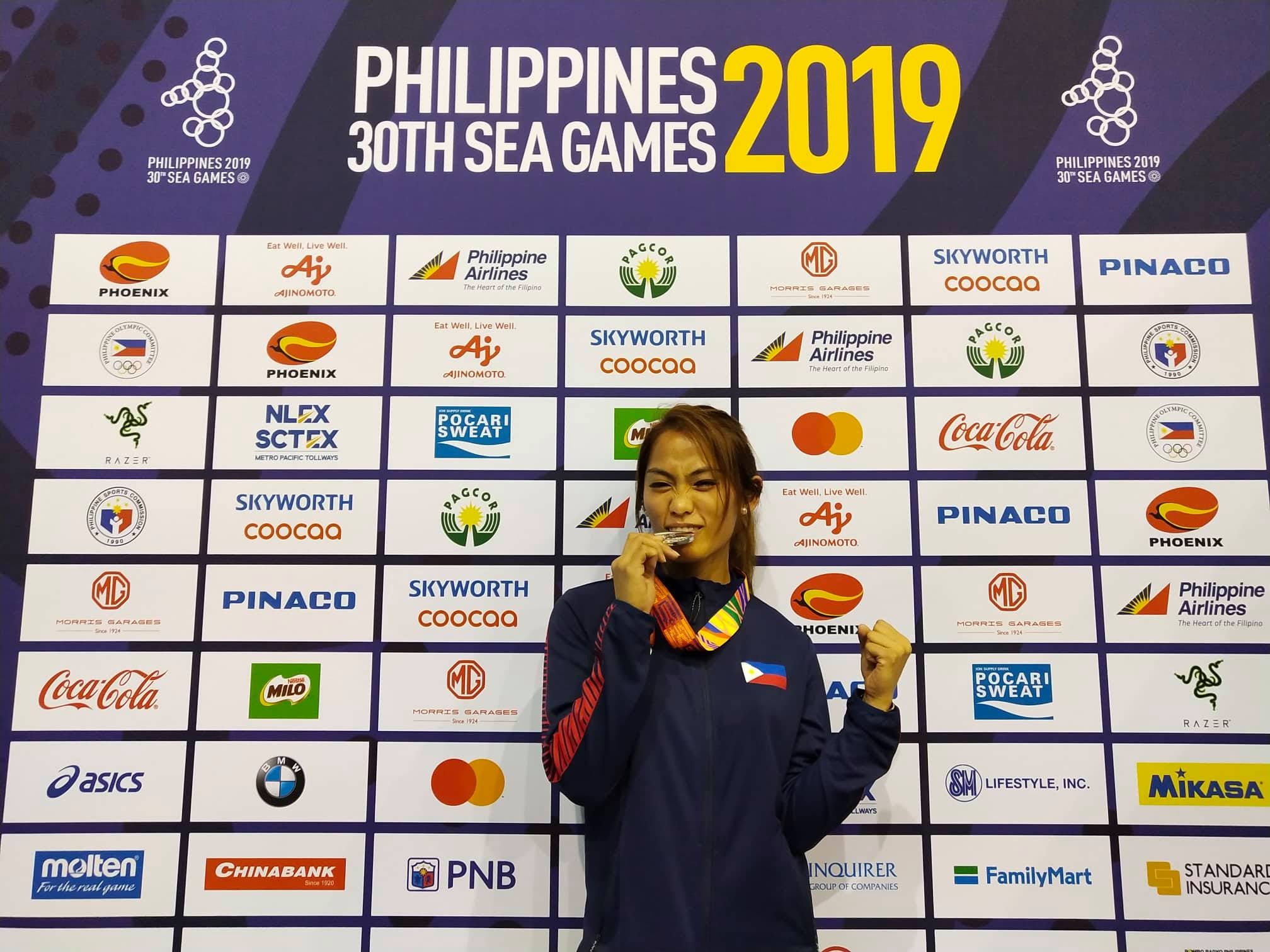 Chipping in another silver medal on Tuesday, December 3, over at the Ninoy Aquino Stadium was Elreen Ann Ando in the 64-kilograms category.

Ando was just a kilogram shy of the gold which was bagged by Vietnam who had a total lift of 214 kilograms.

The University of Cebu (UC) student had a chance to improve her total lift.

But she was not able to take her third and final attempt as time had already run out.

Accounting for a bronze medal was California-based Hannah Marie Fonacier who is part of the Philippine women’s  polo team who played at the NCC Aquatics Center in Capas, Tarlac. 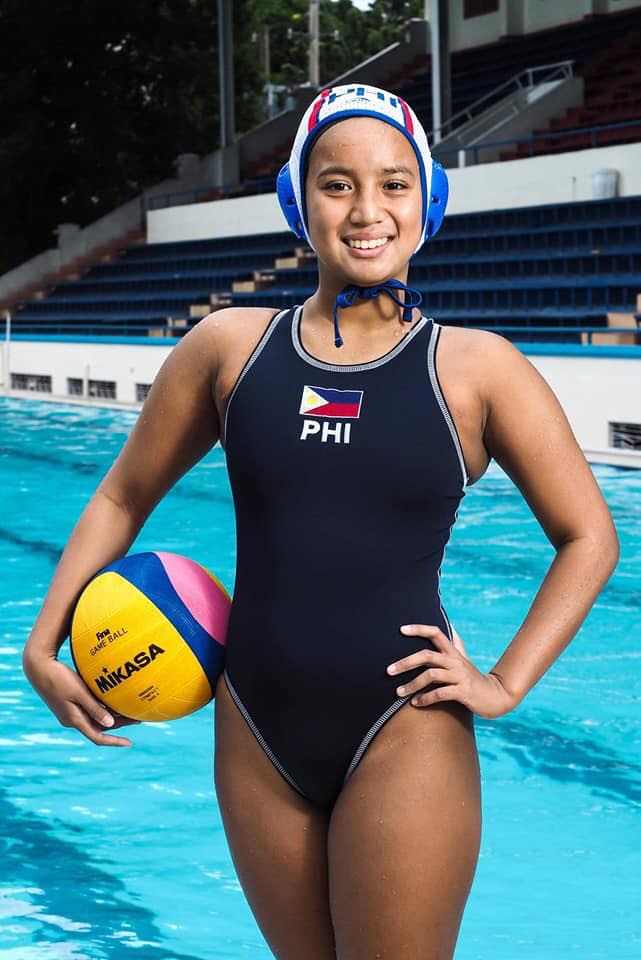 Hannah Marie Fonacier, who is part of the Philippine women’s  polo team, wins a bronze medal at the competition held at the NCC Aquatics Center in Capas, Tarlac. | Contributed Photo

Fonacier traces her roots to San Remigio, a northern town in Cebu, where her grandmother is from.

Asian Games gold medalist Margielyn Didal was supposed to start her SEA Games campaign today in Tagaytay via the Game of Skate.

However, the competition was postponed due to Typhoon Tisoy.

There is no word yet as to when the competition will be held. / celr