Yayoy Alcoseba still open to coaching: ‘This is my passion’ 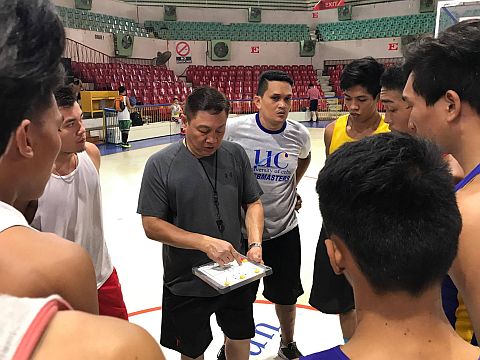 Multi-titled head coach Yayoy Alcoseba starts his practice with the UC Webmasters at the Cebu Coliseum in this 2017 photo.

“I am very thankful to Atty. Augustus Go and the UC management for giving me three years to coach their team. Sorry to say that we did not become champions. We became first runner-up and entered the top four, we placed in every position but never became the champions but I am very, very grateful to Atty. Go,” said Alcoseba in a phone interview with CDN Digital.

Alcoseba’s contract was supposed to end on May 12, 2020 yet but both he and UC’s Atty. Go amiably decided to end their agreement on Tuesday morning. He started coaching UC in 2017.

According to Alcoseba, after the 19th Cebu Schools Athletic Foundation, Inc. (Cesafi) basketball season ended last month, he approached the UC management and asked them what will be their direction for the next season.

This he did knowing that his contract will be ending by summer next year.

Alcoseba said that he is glad that Atty. Go is very professional in informing him that they will be going into a new direction, thus the decision to end his contract earlier.

“At least I can also go on on my way,” said Alcoseba, who is open to holding another coaching job.

“I am not closing my doors to coaching because that is my passion,” said Alcoseba, who said that basketball makes him younger despite his age advancing.

The UC Webmasters need to prepare early for the next season, so it would be ideal if they would not wait to have a new coach only after Alcoseba leaves by May, which would be barely four months from the kickoff of the 20th Cesafi season that starts August.

UC athletic director Jiji Honoridez said they have not found a replacement yet for Alcoseba out of courtesy to the veteran coach.

Honoridez said that UC is accepting applications with credentials for a new basketball coach with Atty. Go having the final say.

When asked what his message for the team is, Alcoseba said, “Good luck to the UC Webmasters in the next Cesafi season. Hopefully they will find a coach who can work with them in their new direction.” /bmjo