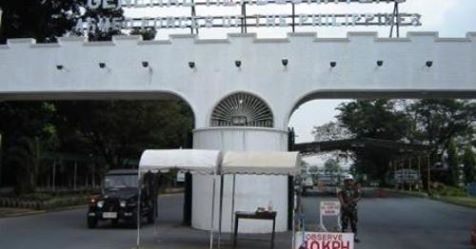 MANILA, Philippines — A hand grenade exploded inside Camp Aguinaldo in Quezon City on Sunday morning, hurting a soldier, his wife, and one of their children, the Armed Forces of the Philippines (AFP) reported.

The wife of the soldier and one of his two children sustained shrapnel wounds and are now being treated at the V. Luna Hospital, Arevalo said.

“We are rendering the necessary assistance to the family,” Arevalo said.

Initial investigation shows that the incident happened after the couple engaged in a heated argument.

Investigators from both the AFP and Philippine National Police-Scene of the Crime Operatives are doing a “deeper investigation since there were indications that the wife could have triggered the explosion while the husband was about to leave their abode,” Arevalo noted.