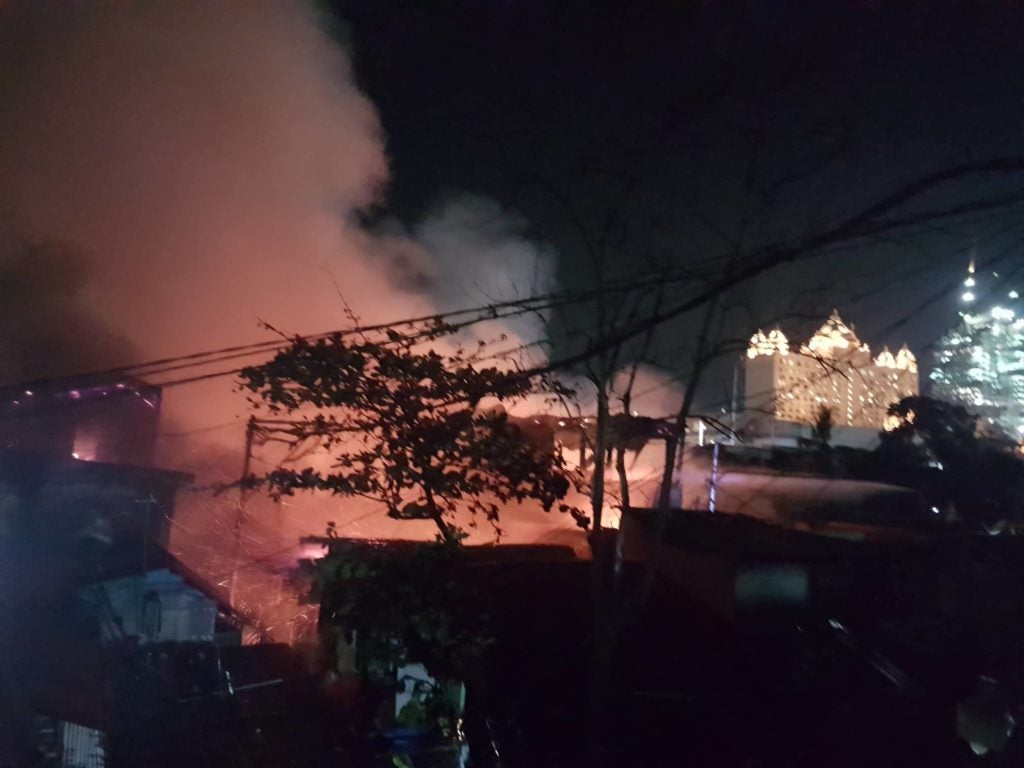 Navarro said that the fire, which was reported at 8:13 p.m. allegedly started on the third floor of the three-story house allegedly owned by Mary Ann Lapiz.

Navarro said that the house was made of light materials and when it caught fire, it spread quickly and razed at least 60 houses in the sitio.

He said that they were still investigating the cause of the fire but they received reports that a wires from a utility post  allegedly sparked before the fire started.

Firefighters battled the fire, which reached the fourth fire alarm at around 8:31 p.m., and it was declared under control at 9:53 p.m.

The Cebu City Fire Department declared fire out in the area at 11:20 p.m.

No one was reported injured in the three-hour fire.

Meanwhile, Cebu City Mayor Edgardo Labella arrived in the barangay’s gymnasium, where some of the affected residents have gathered.

Labella assured the fire victims of free meals for the next three days and monetary aid when they would have processed the necessary documents.