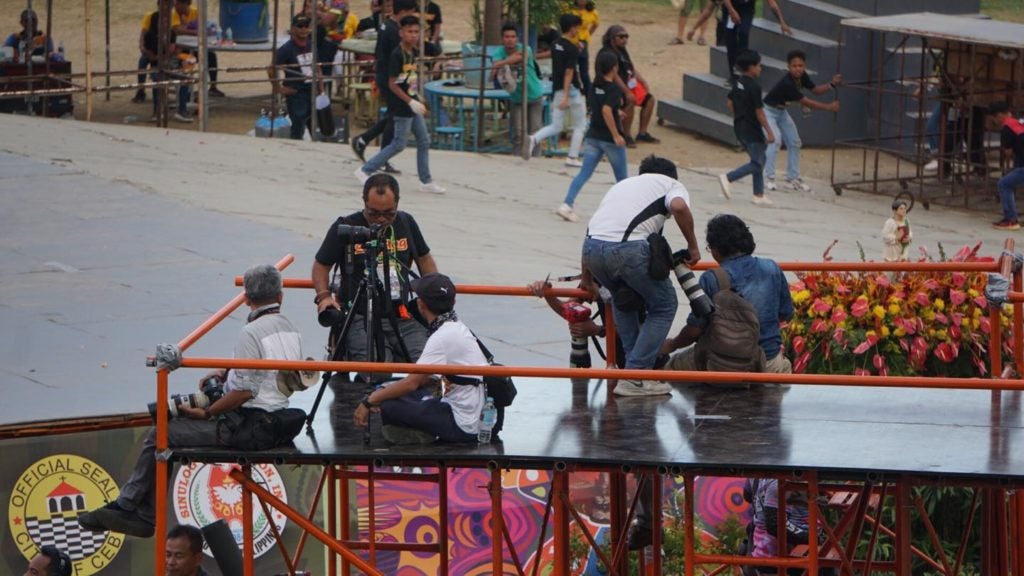 The photographers and videographers from local and Manila media outlets have been asked to leave the elevated platform after spectators complained that it blocked their view from the stage. | Raul Tabanao

This was the chant of the disappointed spectators here at the Cebu City Sports Center as photographers and videographers climbed atop the two platforms set up in front of the grandstand.

The platforms blocked the view of the Sinulog stage and those who are in the left and right wing of the bleachers. 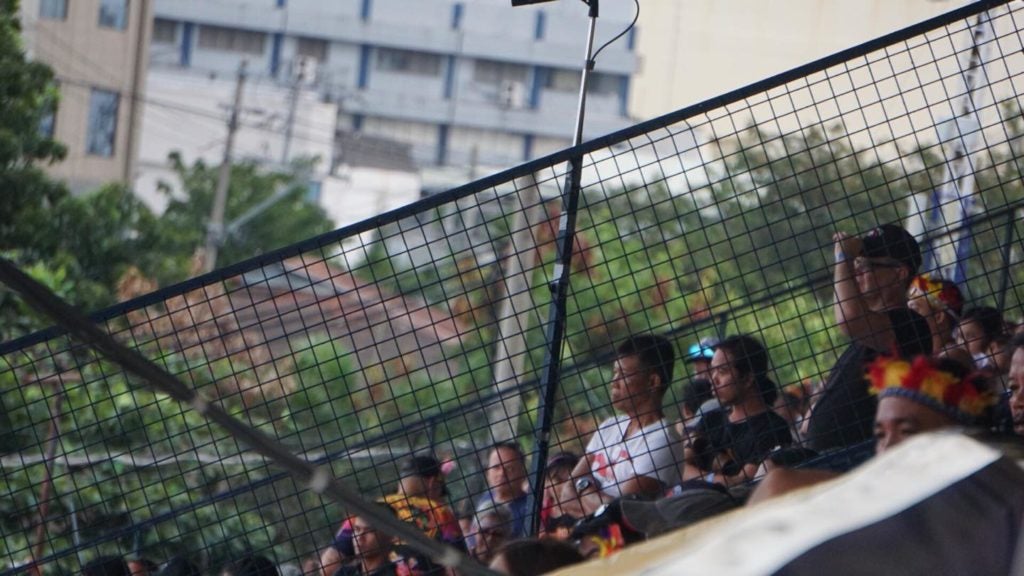 The photographers and videographers are from local and Manila-based news agencies who will be covering the presence of President Rodrigo Duterte in the Sinulog activities.

The Presidential Media Accreditation and Relations Office (Maro) designated the platforms to the videographers and photographers during a briefing at 1 p.m. of Sinulog Day, January 19.

As the chants grew louder around 5 p.m., some of the photo and videographers alighted from the platforms but a few remained seated at their designated places.

At 5:13 p.m., the photographers were told by organizers to get off the platform and go outside to the rubberized track surrounding the stage./dbs
Read Next
LeBron powers Lakers over Rockets