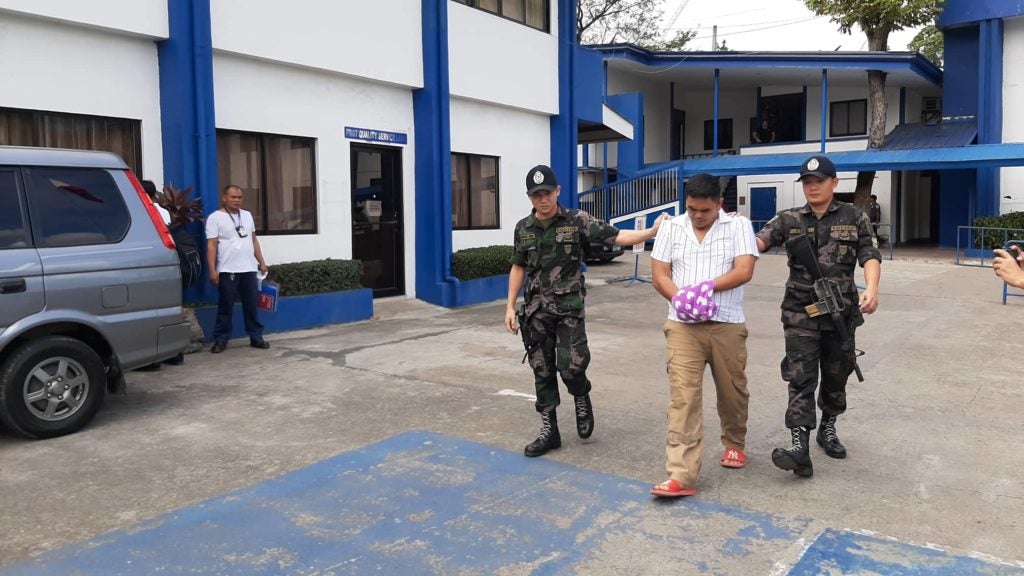 CEBU CITY, Philippines – A former policeman, who was reportedly involved in the controversial tanim-bala gang, was arrested in Lapu-Lapu City, Cebu on January 23, 2020 for extorting P10,000 from a police applicant.

Cabillan said investigators received a complaint from a police applicant that Donque was asking the latter P10,000 as ‘assurance fee’ for him to be part of the law enforcement body.

Police, however, refused to disclose the name of the victim pending follow-up investigations.

“The entrapment operation was done in a privately owned pawnshop in Barangay Bangkal, Lapu-Lapu City. The victim sent the P10,000 to the suspect who, in turn, withdrew it. Once the transaction was consummated, he (Donque) was arrested,” Cabillan told reporters in Cebuano during a press conference at PRO-7 Friday, January 24.

He added that the suspect initially asked the victim to pay him P40,000, but a negotiation led Donque to accept P10,000 as ‘initial downpayment.’

“Probably, their arrangement was that the police applicant will pay (the remaining balance) after his recruitment is secured,” said Cabillan.

But the suspect, who is now under the custody of PRO – 7, was reported to be allegedly involved in the tanim-bala gang when he was assigned at Mactan Cebu International Airport (MCIA) in 2016.

“His first victim happened to a businesswoman, who is a close friend to the mayor of Davao City. The incident happened in Mactan where he tried to extort from the victim, but the victim reported the incident to the mayor,” Cabillan said.

The police officer said that following the incident, Donque went AWOL (absent-without-leave) after he was called to appear before the headquarters of the PNP-AVSEU in Pasay City.

“He was formally dismissed in October 2018,” Cabillan said.

He also said that they were further investigating the possibility that Donque had victimized other police applicants in the past.

He said that based on their initial investigation, there could be at least seven aspiring police officers who could have been victimized by his extortion scheme.

“Possibly, there are more victims out there. Based from the information we got from him, he searches for his victims online. Connect with them through social media messaging apps to entice them into his extortion trap,” Cabillan said.

So far, Cabillan, who also chairs PRO-7’s regional screening committee tasked to oversee recruitment into the police force, said Donque had not revealed any details that could lead investigators to the possibility of active policemen conniving with the suspect.

“As of this point, he told us he’s the only one operating his extortion scheme, but we’re going to look into that possibility (as well),” he said. /dbs