Coronavirus won’t turn you into a ‘zombie’, says Malaysia 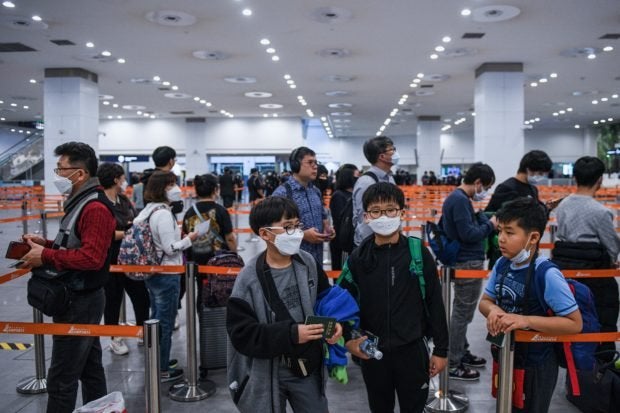 Passengers wearing face masks queue at the immigration counter upon arrival at the Kuala Lumpur International Airport 2 in Sepang on January 29, 2020. – Malaysia banned visitors from the Chinese city of Wuhan and its surrounding Hubei province on January 27, in a bid to contain the spread of a deadly virus. (Photo by Mohd RASFAN / AFP)

KUALA LUMPUR — The deadly coronavirus will not cause victims to act like zombies, Malaysia’s government said on social media, as officials act to correct the spread of misinformation surrounding the outbreak.

As medical authorities seek to contain the virus, some social media users in Malaysia made a connection between the disease and the walking dead.

Malaysia’s health ministry dismissed the rumor in a tweet, however, saying: “The claim that individuals infected with this virus will behave like zombies is not true… Patients can recover.”

A number of posts in Malaysia on social media have wrongly claimed the number of deaths or infected people in the country.

Police have arrested six people for spreading misinformation about the virus, a Malaysian Communications and Multimedia statement said.

In the latest arrest, last Thursday, a 28-year-old woman was investigated for “improper use of network facilities”.

The virus has killed more than 300 people in China and infected thousands. Eight people in Malaysia have been found with the virus — all Chinese nationals.