Grandma caught with P2.5 million worth of illegal drugs

14 others nabbed in separate buy-bust operation in Cebu City 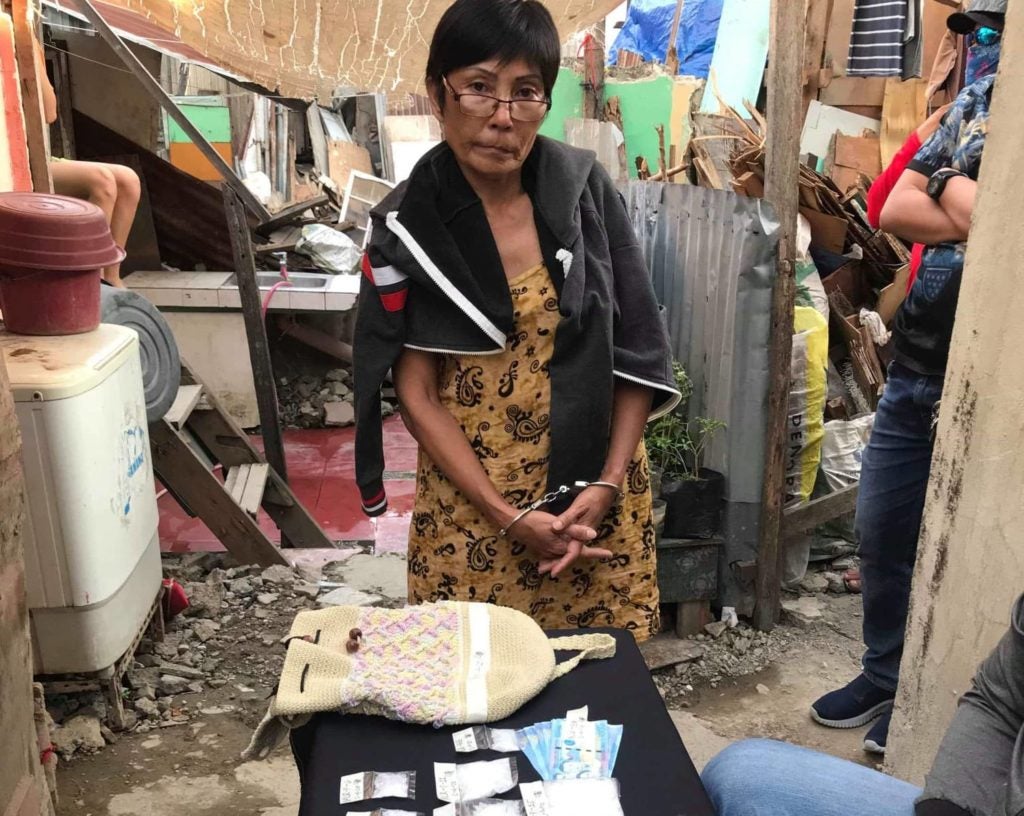 The 61-year-old grandmother, identified as Joyce Lepiten Rubi, is arrested by members of the CIB of the CCPO on Tuesday afternoon, February 4, 2020. | contributed photo

CEBU CITY, Philippines — Hoping to be able to give her grandchildren a good life, 61-year-old Joyce Lepiten Rubi got into the illegal drug trade in Cebu City.

This didn’t work out well for the grandmother from A. Lopez Street, Sitio Upper Cogon, Barangay Labangon, Cebu City as she fell into the hands of the police on Tuesday afternoon, February 4, 2020, in a buy-bust operation led by members of the City Intelligence Branch (CIB) of the Cebu City Police Office (CCPO).

Recovered from the possession of Rubi were packs of suspected shabu (crystal meth) weighing at least 370 grams with a dangerous drugs board value (DDB) of P2.5 million.

During an interview with the police, Rubi said she took the risk of getting into the illegal drug trade since she had  to raise her three grandchildren alone.

According to the police, Rubi said she could not support her grandchildren’s needs by just being a laundress.

Police Major Randy Caballes, head of the CIB, said they placed Rubi under monitoring for about two weeks before they conducted the buy-bust operation after they received information about her involvement in the illegal drug trade.

Caballes also revealed that Rubi’s son is also in prison for illegal drugs.

Rubi is detained at the CCPO detention facility at press time.

While Rubi was being arrested, the Philippine Drug Enforcement Agency in Central Visayas (PDEA-7) was also conducting their own operation in Sitio Club Kawayan, Barangay Mambaling, the that led to the discovery of a drug den and arrest of 14 individuals.

Leia Alcantara, spokesperson of PDEA-7, identified the subject of the operation as Samuel G. Reyes, who is believed to be one who operates the alleged drug den.

Alcantara said that Reyes’ cohort, Christian A. Aque, was also arrested along with 12 other visitors, including a 16-year-old female student.

At least 28 packs of suspected shabu were confiscated from the den. Those all weighed an estimated 22 grams with a DDB value of P149,000.

Alcantara said they are still gathering all the necessary background information of the suspects, who are detained at the PDEA detention facility. The minor is in a separate room and will be turned over to the Department of Social Welfare and Development. /bmjo