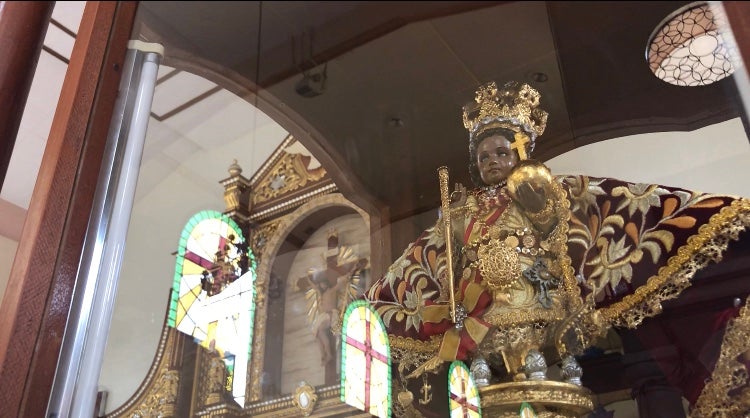 CEBU CITY, Philippines— The Fiesta Señor is one of the most awaited events here in Cebu.

This grand mayhem is all for the Balaang Bata, Señor Santo Niño.

People from different walks of life come to Cebu to join the Novena Masses, the Walk for Mary and Jesus, the fluvial procession and the solemn foot procession on the day before the fiesta celebrations.

The solemn foot procession can be considered as one of the highlights of the celebration because it is when the image of the Señor Santo Niño from the Basilica will leave its home to go around the major streets in the city.

But what most people don’t know is that the image of the Señor in the Basilica does not go out of its home without someone to guard his home while he is away.

That’s when the image of the Señor Santo Niño from the Archdiocesan Shrine of San Nicholas de Tolentino Parish comes to play.

The image of the Señor Santo Niño from the Archdiocesan Shrine of San Nicholas de Tolentino Parish is dubbed as the Teniente de la Guardia (Lieutenant of the Guard).

Patricio Villacorta, chairman of the worship committee of the parish, told CDN Digital their story every Sinulog.

But why do they do this?

According to Villacorta the San Nicolas de Tolentino Parish was said to be the first home of the image of the Señor Santo Niño before it was transferred to the Basilica.

And since then they have always been practicing their tradition of taking the Teniente de la Guardia to the Basilica and back to its humble abode in their parish.

This just goes to show how important the role of the  Archdiocesan Shrine of San Nicholas de Tolentino Parish located in C. Padilla St. in Barangay San Nicholas Proper is during the Fiesta Señor. /dbs