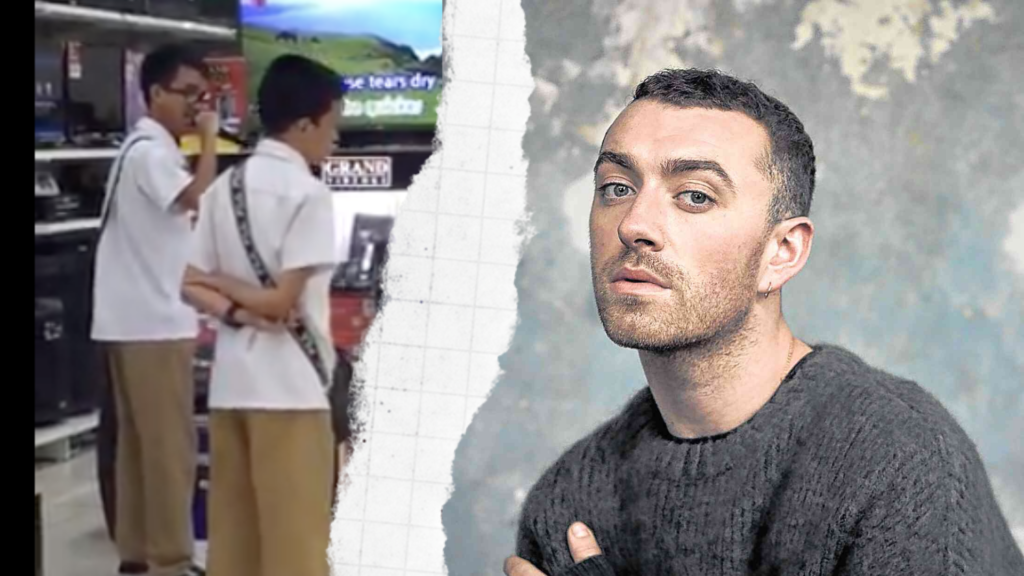 CEBU CITY, Philippines— Remember the boy from Bacolod City, Negros Occidental who went viral after belting to Sam Smith’s Too Good at Goodbyes?

Well, his viral video has reached Sam Smith himself!

Smith took to Twitter last night, February 8 and tweeted the video of the boy singing inside a mall in Bacolod City. 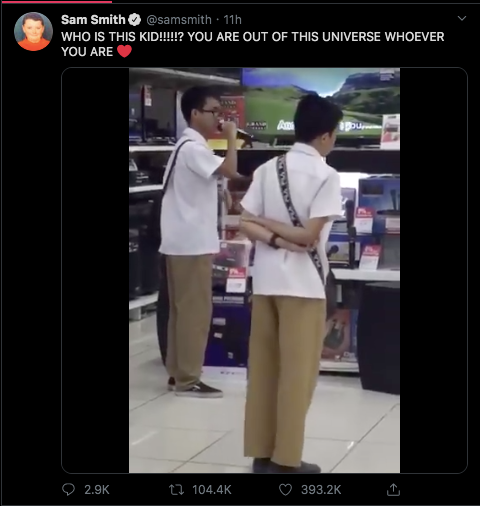 The video was first posted by netizen, Trixie Madison and quickly circulated online.

With the many shares and with how the video created abuzz online, with just four days after its posting, Sam Smith finally took notice of the video.

And with this post from Smith, the Twitter world broke and introduced the mystery singer, Carl Malone Montecido, who has already competed in Showtime’s Tawag ng Tanghalan Season 1.

Now, this is surely an exciting singing event we all can’t wait to happen. /dbs