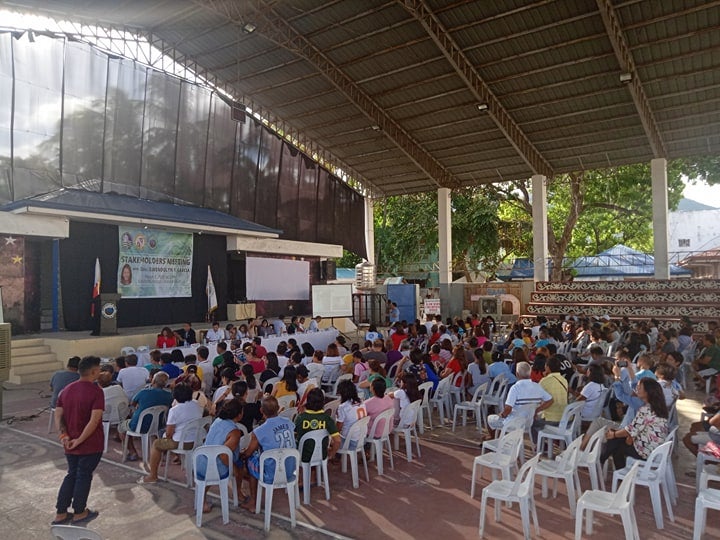 The Philippine Coastguard in Central Visayas said they were not invited during the stakeholders’ meeting on Tuesday, March 3, 2020. |CDND File Photo

CEBU CITY, Philippines — The Philippine Coast Guard District in Central Visayas wanted to clarify with Cebu Provincial Environment and Natural Resources Office (Penro) the status of their southern Cebu station in Oslob town that is said to have encroached the 20-meter easement.

Lieutenant Junior Grade Erick Salcedo, the spokesperson of the Philippine Coast Guard District Central Visayas (PCG-7), said that the station, which they started to occupy during the first quarter of 2019, was built on a property that is owned by the Municipality of Oslob. It stands next to a privately owned property.

(The structure stands on an LGU-owned property. Another structure also stands in front of the one that we own.  (Penro) inspector may have thought that we also own the other structure.)

Salcedo said they wanted to be brief of the report which Penro presented during a tourism stakeholders’ meeting that was presided by Cebu Governor Gwendolyn Garcia on Tuesday, March 3, and held at the Oslob town gymnasium.

PCG was not invited to the said meeting, he said.

(As of now, we continue to get in touch with Penro. We have to first speak with them before we can also give any updates from our end.)

Penro reported during the Tuesday meeting that over 400 structures including the PCG southern Cebu station that is located in Barangay Poblacion have violated the 20-meter easement rule.  The other structures include a barangay hall, cemeteries, beach resorts, seawalls, and homes that were built on the coastal areas in Barangays Poblacion, Tan-awan, Daanlungsod, and Lagunde.

The Water Code of the Philippines prohibits the establishment of structures within the 20-meter easement of shores or riverbanks in agricultural areas like Oslob town. / dcb