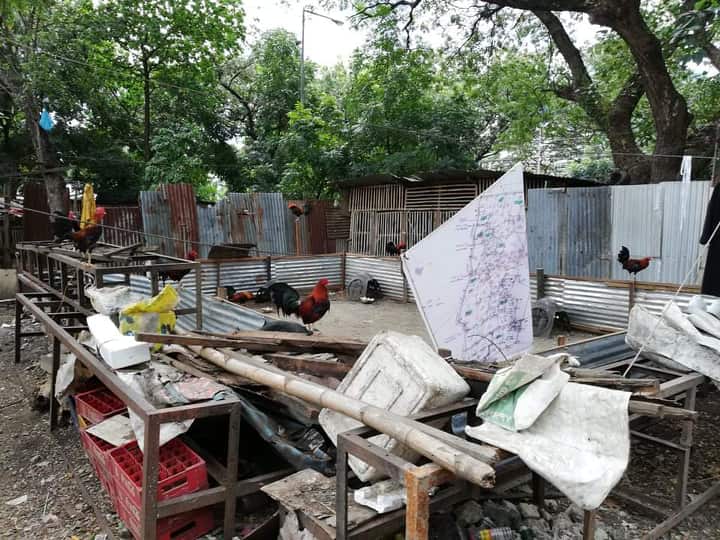 The Capitol plans to clear the provincial lot in Barangay Luz of structures and settlers because they believe that the fire victims are just used as a front for cockfighting activities there. | Photo Courtesy of Cebu Provincial Public Information Office

CEBU CITY, Philippines — Cebu City Mayor Edgardo Labella ordered the removal of fighting cocks in a province-owned lot in Barangay Luz following the complaints of the Provincial Capitol over their presence in the area.

Labella said that the city has ordinances against cockfighting without a permit and about illegal cockpits based on the Cockfighting Law of 1974.

City Legal Officer Rey Gealon said the area is not exactly a cockpit but the residents staying there have been raising fighting cocks and have been holding occasional cockfights in the perimeter.

The mayor said the fighting cocks will all have to be removed as he said the city does not condone illegal activities.

“In the first place, Tigbakay (cockfighting) is illegal so they have to be removed,” said Labella.

Governor Gwendolyn Garcia has asked the city on March 3, 2020, to remove the structures in the area so the province can reclaim the property.

This would include the approximately 60 families, who lost their homes to a February 2020 fire. They are temporarily staying in the area as they rebuild their homes.

Gealon said they are still negotiating with the Provincial Capitol for the residents to stay for a while as they are fire victims.

“What the city is ensuring is that the residents will have a place to stay for the meantime. Ang gusto sa syudad kay mahan-ay lang sila (The city wants the residents to be settled),” he said.

Gealon hopes the provincial government would reconsider clearing the residents as the city offers to clear the fighting cock structures. /rcg