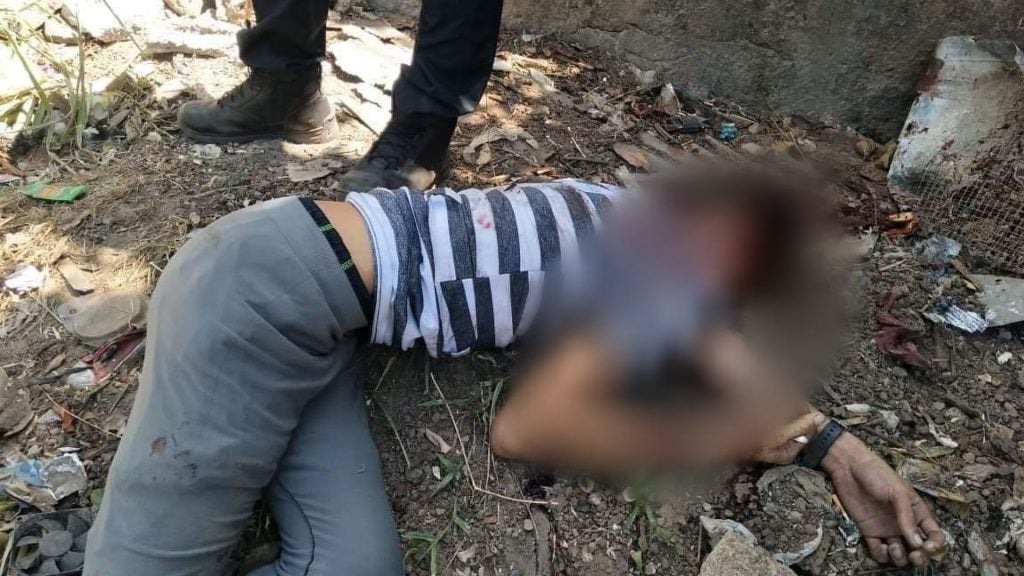 Police check on the man, who engaged them in a shootout in Barangay Subangdaku, Mandaue City at past 1 p.m. on April 4, 2020. | Paul Lauro

CEBU CITY, Philippines — An armed man, who tried to evade a checkpoint by taking a boy hostage, was killed in a running shootout with policemen in Barangay Subangdaku, Mandaue City at past 1 p.m. of April 4, 2020.

Arciaga said that Tudtud passed a nearby barangay checkpoint and was stopped by a barangay tanod.

He told the tanod his name and that he was just visiting friends in the area and was on his way home to Barangay Duljo Fatima.

But when the tanod asked Tudtud for his quarantine pass, he panicked, pulled out a gun instead, pointed it at the tanod and hurriedly walked away from him.

When he saw that the barangay tanod and his other colleagues following him, he ran and went inside a residential area where he later came out dragging a 10-year-old boy with him and pointing the gun at the tanods.

By then the tanods had already sought police assistance.

A SWAT team then arrived, and when Tudtud saw the policemen, he let go of the child, started running and shooting at the policemen.

The suspect missed and the policemen returned fire, hitting Tudtud in the neck, who fell to the ground wounded.

Police then rushed Tudtud to the hospital where doctors declared him dead on arrival.

Arciaga said that they were still investigating why Tudtud was in the area and why he had a gun with him.

He also said that they had sought Department of Social Welfare and Development (DSWD) intervention since the boy, who was held hostage had remained in shock since the incident.

Meanwhile, Police Colonel Jonathan Abella, Mandaue City Police Office chief, said there would be no changes in the security measures because these were already very tight as part of the measures of the city’s enhanced community quarantine.

Abella, however, advised policemen and barangay tanods to be always vigilant and alert so that they could continue to maintain the security in the area and prevent criminals from committing crimes./dbs