WATCH: This Cebuano has a cool way of encouraging the public to stay at home 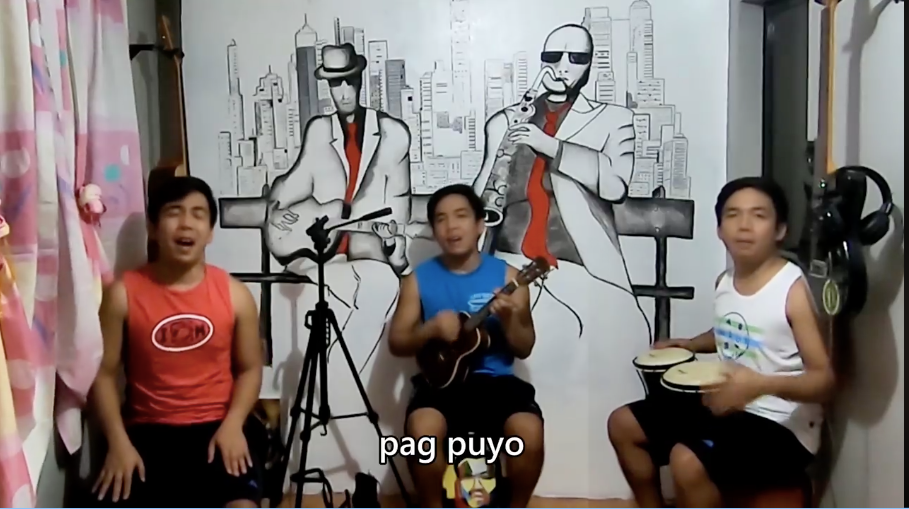 CEBU CITY, Philippines—While other bands have resorted to group chat video calls to make good music to entertain their fans online, this talented Cebuano formed a trio of himself and came up with a fitting song for these trying times.

Ryan Sedon, 29, from Argao town in southern Cebu composed the song “Pag Puyo” to encourage people to just stay at home to help fight the spread of the coronavirus disease 2019 (Covid-19).

What makes this original unique and special is that the video Sedon made for the song features him playing different instruments and singing all at the same time.

WATCH: Ryan Sedon from Argao town southern Cebu has a creative way of reminding everyone to stay at home through his song, "Pag Puyo." | via Immae Lachica (video courtesy of Ryan Sedon) #CDNDigital #CovidPH

“The song is about encouraging Filipino people to stay at home. I want to relay this very serious message in a positive way, contrary to the negative messages which flood the news nowadays. I want people to realize how important it is that we cooperate with the government’s mandate to ‘stay at home’,” he said.

At first glance of the video, one would think that Ryan is joined by two other members. But in reality, the three are all the same person. It was Sedon playing percussions, the ukulele, and singing.

Some sick editing skills he’s got!

According to Sedon it was just out of his boredom that he tried making a song and testing his video editing skills.

“I composed the song on March 28, recorded it the next day and uploaded it on March 30 for good vibes,” he added.

The song is sang in Cebuano and has a reggae vibe, a prefect combination that Cebuano listeners would surely love. /bmjo

Read Next
LTFRB-7: Only vehicles with special permits may be used to ferry employees who are exempted from ECQ