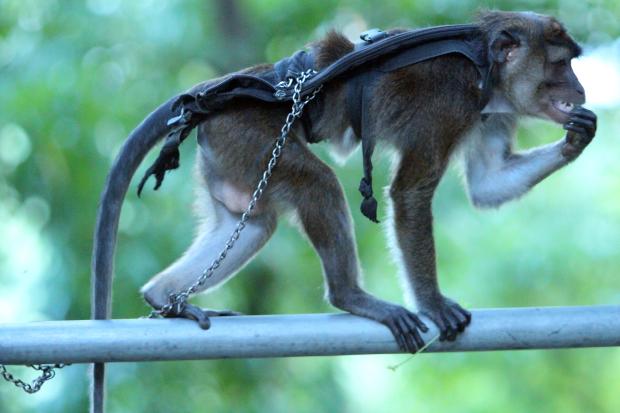 An internationally renowned animal rights group has called on the Cebu City government to widen the enclosures or cages of the animals housed as it embarks on the redevelopment of the 7.6-hectare city-run zoo.

Jason Baker, vice-president for international operations of the People for the Ethical Treatment of Animals (Peta), in a letter to Cebu City Mayor Michael Rama, said the zoo’s redevelopment should consider the mental and physical needs of the animals kept in the facility.

“We know money is always a setback, so we tried to make recommendations with that in mind,” Baker said.

Peta’s letter was forwarded to the City Council’s environment committee for comment.

The Cebu City government has allocated P10 million for the zoo’s redevelopment which the Parks and Playground Commission oversees. Parks commission executive director Librando Macaraya in an earlier interview said part of the plan is to rename the zoo to Cebu Botanical and Wildlife Center, which he said was meant to disassociate the facility with the image of animals being kept in cages.

He also said that they plan to construct cages and enclosures that would be based on standards set by Peta.

Giovanni Romarate, the zoo’s manager, told Cebu Daily News they already submitted their recommendations to the Mayor’s Office, particularly on how the cages and shelters are to be constructed. “Just give us support and among ipakita ang among resulta,” he said.

In his letter to Mayor Rama, Peta’s Baker said an inspector from the animal rights group recently visited the zoo and found out that many of the animals are being housed in “severely inadequate cages.”

Baker said the group’s biggest concern is the lack of space for the monkeys, crocodile, civet cats and snakes.  “The crocodile’s enclosure is also drastically undersized and does not allow for freedom of movement. At the time of our inspection, there was a ladder leading directly into the pen, a clear safety hazard for visitors, and no water was present in the enclosure, even though water is essential to the well-being of crocodiles,” he  specifically pointed out.

Baker explained that without water deep enough to swim and float, crocodiles are not able to thermoregulate their bodies, which is essential for cold-blooded animals like reptiles and crocodiles.

He further noted that the inability to thermoregulate contributed to the death of Lolong, the largest recorded crocodile in captivity which was captured in 2011 and died two years later.

Peta standards
Enclosures, according to Peta standards, should be designed to put emphasis on the animals’ mental and physical needs. The animals should not be “displayed” and must have areas in their enclosures where they can be away from public view.

The group also advised the city government to adopt a policy prohibiting the breeding, buying, selling and trading of animals in order to better provide for the animals already held by the facility while working with limited financial resources.

The city government should also coordinate with veterinary medicine schools, both locally and internationally, so that veterinary care would be made available to the facility at any given time.

Peta made specific recommendations for each of the different kinds of animals in the Cebu zoo.

For the crocodile, it said the enclosure should have enough water to enable the reptile to swim and float. The present size of the  enclosure should be expanded by at least twice or preferably much larger. The ladder leading into the cage should also be removed as it presents a safety hazard to visitors. There must also be dry resting areas in the enclosure with adequate shade, as crocodiles need protection from extreme temperatures.

“During feeding time, suspend food above the crocodile. This will encourage natural hunting behaviour, as well as stimulating movement and exercise,” Baker advised.

For monkeys, Peta  said they should be housed in small groups and with the same gender. The enclosure should also be larger both in width and height so that the monkeys have room to exercise and play with trees, shelved, ladders and swinging tires.

The fence around the monkeys’ enclosure should also be built to prevent close human interaction as monkeys bite and can spread rabies and other diseases to humans. Chains or ropes tied around the monkeys’ waist should be removed to avoid them from getting caught on parts of the enclosure and have the animals trapped. “Food such as peanut butter and cereal can be hidden in sections of a PVC pipe or a box with holes, allowing the monkeys to use straw or sticks to retrieve it. Monkeys new to these tasks may take some time to figure out how to solve these problems. It should be noted, however, that food treats should not be fed in such quantities as to discourage the animals from eating their nutritionally balanced diets,” Baker added.

Peta also noticed that snakes were placed in small cages  with other snake species. “It is a misconception that snakes like to curl up. They need to be able to stretch out fully. Each snake should be housed separately as snakes tend not to get along with other snakes,” Baker explained.

There should be enough shelter from direct sunlight to prevent overheating and large stones and rocks should be placed for hiding and cooling down.  These care guidelines are also applicable for monitor lizards.

Other care ideas for snakes include providing leaves, bark, dirt or sand to encourage them to explore, also cardboard boxes and large plastic tubes.

Food can also be hidden around the enclosure to promote movement. Shallow bodies of water must  be provided especially for certain snake species like Burmese pythons and water snakes.

The Asian palm civets must also be housed individually, as they normally don’t get along with other civets in the wild. There must  be enough space away from sunlight as they are nocturnal As civets enjoy climbing, they must also be provided with trees and branches for rest, play and exercise as well as other kinds of toys.

Rabbits and guinea pigs must also be provided with safe beddings like hay, straw or grass. Soft, small toys may  be provided for stimulation and play like cardboard, toilet paper rolls or boxes. Their enclosures must also be expanded to allow enough room for them to move around and stand up on their hind legs without having their ears touch the roof.

Wires at the cage’s floor should be replaced by a piece of plywood over it to prevent injuries on their feet. This is also applicable for chicken cages. Although chickens can be housed all together, there must still be enough space for them to freely move as well as low branches for perching. Hay and boxes should be provided for nesting with shade form sun.

A bigger enclosure is also needed for birds for them to move naturally and be able to fly inside with enough branches and fixtures for nesting and resting. Birds should also be housed according to species to promote socialization and must not be tied to poles. A small pond, approximately three feet deep should also be available for ducks and geese to allow them to dive and play in the water and engage in natural behaviour.

Toys for stimulation and exploratory behaviour must also be placed like plastic toys suspended on top of the cages, half of a dried coconut shell tied to the side of the cages and soft, natural materials such as grass, sand or gravel to encourage the birds to play and dig. These should be cleaned regularly.

For turtles, there must be a larger body of clean water with enough room for them to submerge fully. Logs, large stones and leaves can be added for play and exploration as well as adequate dry land space, preferably sand or grass, for resting.

Fishponds must be cleaned regularly and have shelter from sunlight.

There must be grass and for grazing and eating of goats and sheep. Balls and upside down buckets can be placed for exploration and play. The same applies for deer, but they also need bushes or areas to hide from visitors as they may become stressed when too close to humans.

Lastly, for dogs, they should be housed together but not in cages or chains. Water should be changed daily and be provided with toys.  They must be taken for a walk at least 30 minutes daily for health and stimulation. Dogs also need more human contact. “If more suitable housing and human contact cannot be provided, we would recommend finding new homes for the dogs with people who are better able to care for them,” Baker said./with a report from Correspondent Michelle Joy L. Padayhag

Read Next
French-style, disaster-proof village to rise in Daanbantayan