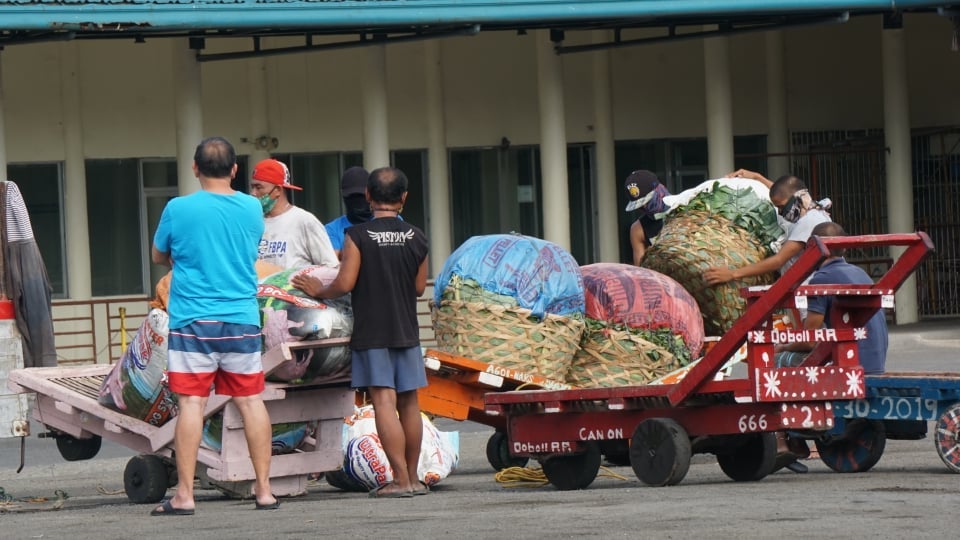 With the Cebu South Bus Terminal being used as a Bagsakan Center for the province’s produce from the south, and Cebu City requesting for an extension of its ECQ to the end of the month, the Capitol is planning to temporarily transfer the terminal to Talisay City. | CDN file photo (Gerard Francisco)

This was the concern of  Mayor Gerald Anthony “Samsam” Gullas over the plans of Governor Gwendolyn Garcia to temporarily transfer the Cebu South Bus Terminal in Talisay City.

Gullas is concerned that if his request to keep the city under the ECQ will be approved by the Inter-Agency Task Force for Emerging Infectious Diseases (IATF-EID), the city will not be a viable place for the bus terminal.

Under the ECQ, mass public transport cannot operate. These include buses and terminals as well.

The mayor said he would discuss the matter with the governor so the provincial government could have a Plan B should Talisay City remain under ECQ.

Gullas reiterates the need for the city to remain under strict measures against the COVID-19.

With the newfound case in Sitio Magay, Barangay Tangke, he said that there would be a great risk of widespread infection in the densely populated area.

The risk is greater compared to the last nine cases of the city, and the mayor wants to ensure that before the city transitions to GCQ, this risk will be addressed.

The mayor has already ordered swab testing of all contact-traced individuals from the patient in Tangke. Should they prove positive to the virus, the whole barangay may be placed under total lockdown.

Without that scientific data, Gullas said lifting the ECQ might prove to be more dangerous for the city residents.

The mayor urged the residents to continue staying at home and praying that the city would no longer have any more positive cases./dbs