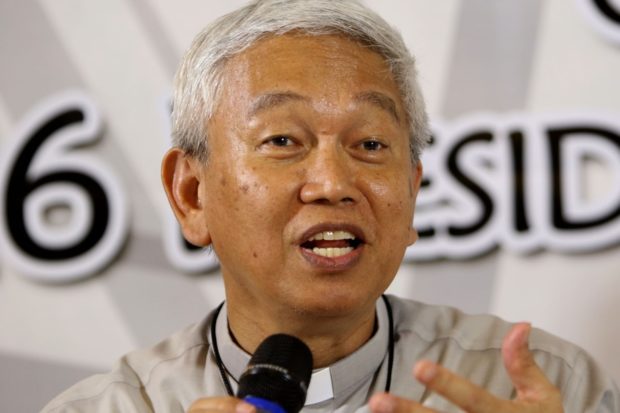 MANILA, Philippines — Quarantine restrictions to check the spread of the coronavirus disease (COVID-19) affect not only workers and businesses but also parishes that rely on collections during Mass.

Bishop Broderick Pabillo, Manila’s apostolic administrator, described as “tremendous” the financial impact of the lack of Mass collections on the parishes.

“Not only are there no Mass collections, we have to support our parish personnel. And many parishes shell out money to help the poor in their areas by giving [them] food,” he said.

Parishes help one another during crisis, Pabillo said. “Those who have resources help those who do not have enough,” he said.

The Archdiocese of Manila is now appealing for online donations. Its financial department will set up the fund-raising guidelines.

“All the parishes should be open to online donations, but the transparency and proper accounting of the donations should remain,” Pabillo said.

Several dioceses have suspended Masses and other religious activities because mass gatherings are prohibited in areas under enhanced community quarantine.

The Inter-Agency Task Force on Emerging Infectious Diseases (IATF) has allowed religious gatherings in areas under both modified enhanced and general community quarantines, but only with a limited number of people.

He said the diocese had been using its funds to help those in need.

“The parishes are giving bags of groceries to those in the remote areas. The diocese also helps some barangay parishes, especially for the salaries of their personnel,” Santos said.

Fr. Cris Magbitang, administrator of Don Bosco Center of Studies, explained that churches have different sources of income “but a great deal of its financial existence are from the Mass collections and donations.”

“Other sacramental celebrations like blessings may add up, too,” he added, but he said that not all parishes use the arancel system, that is, charging people for some celebrations of the sacraments like baptism, first communion, confirmation, matrimony. “The quarantine [is] a big factor for this because there is less or not even an income enters the revenues of the parish church or school. Unless they get donations regularly, then they can answer for their operational expenses,” Magbitang said.

Fr. Melvin Castro of the Diocese of Tarlac said parishes “totally [had] no incoming funds. But like the rest of the people and the faithful, we rely on the providence of God. And He is never failing. So much so, we are even able to help the poorer members.”Malacañang on Monday invited the Catholic Church to submit its proposals to the IATF.

“Almost all members of the IATF want to go to church already. We urge the Catholic Church to coordinate not only with local government units in implementing social distancing,” said presidential spokesperson Harry Roque.

He added: “Maybe the CBCP (Catholic Bishops’ Conference of the Philippines) can officially communicate with the IATF on how they plan to do this,” he added.

The Palace official made his remarks in response to Pabillo’s previous objections to the government’s order to limit attendance in religious gatherings.

Roque pointed out that Iglesia ni Cristo had already submitted a proposal to double the number of worship services at 50 percent capacity in order to enforce physical distancing.

The CBCP has released its guidelines on the conduct of liturgical activities amid the pandemic.

—WITH A REPORT FROM JULIE M. AURELIO

Read Next
Seafarer’s cancer and the ‘disputable presumption’ principle