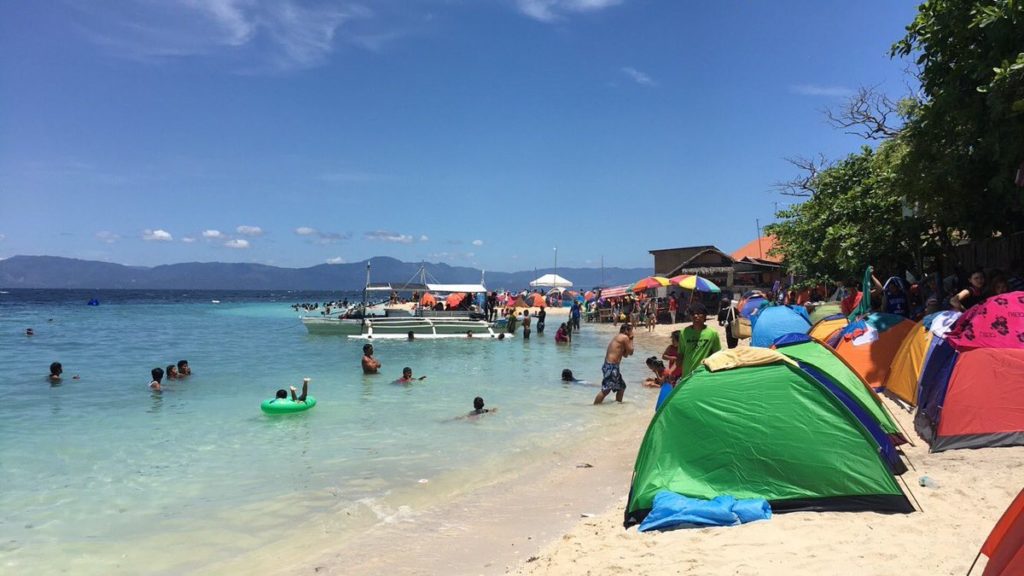 Tents crowd the seaside area of Basdaku Beach in the southern town of Moalboal, Cebu in this 2016 file photo. | CDN File Photo

CEBU CITY, Philippines — The Cebu Police Provincial Office (CPPO) said those who are looking to go to other Cebu towns to swim in beaches need a clearance from their respective towns.

The CCPO clarified this after bathing and swimming at the beach, rivers and other bodies of waters “for health purposes” was recently allowed in Cebu province, except Talisay City, as the 44 towns and five cities shifted to general community quarantine (GCQ) on Wednesday, May 20, 2020.

Police Colonel Roderick Mariano, chief of the CPPO, said those who want to take a dip in beaches can do so as long as they do it in beaches in their respective towns. However, going to other towns is a different story.

The clearance should be from the municipal hall of the town where an individual is residing. This pass is what the other towns will be asking before one can enter.

But Mariano said that the clearance is still not a guarantee that individuals will be allowed to swim in other towns. He said  it is still not allowed under Governor Gwendolyn Garcia’s Executive Order (EO) on the regulations of the GCQ.

Mariano, meanwhile, also directed all CPPO personnel to monitor tourist destination spots which are not yet allowed to reopen based on the EO of the governor.

As of this posting, Mariano said they have not yet arrested violators for those who crossed borders just to swim. /bmjo

Read Next
DepEd allays fears of parents: Opening of classes may not be ‘face-to-face’