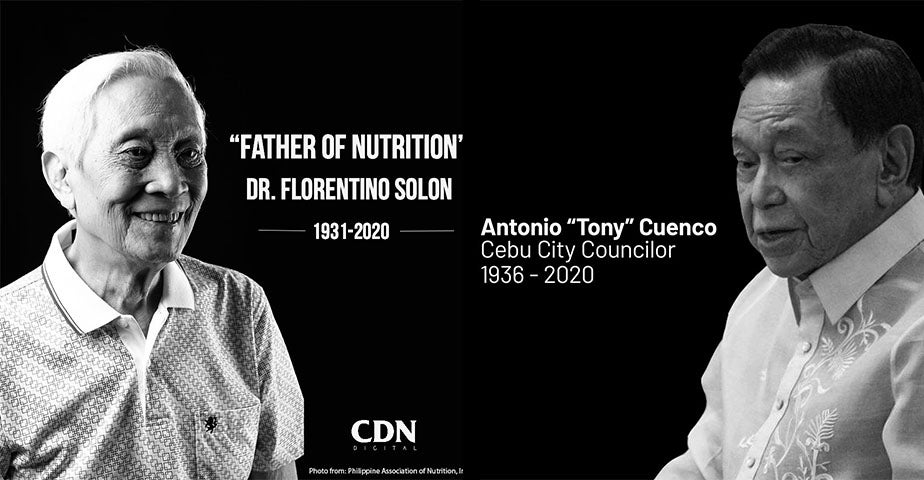 This was the statement of Cebu Archbishop Jose Palma in his homily during the necrological service of the late councilor and former mayor held at the Archbishop’s Palace on July 1, 2020.

Palma said that the achievements of the two seasoned and well-respected politicians and public servants are examples of true public service and love for Cebuanos.

“Most of you know personally Mayor Solon and Congressman Cuenco. I am sure you have many fond memories and loving recollections of these two great leaders. Who they were to us, maybe attributed by some to be destiny, while others may consider it divine plan.

“We remember them with love. We thank the Lord for sending them to us as great leaders. Mayor Dodong Solon and Congressman Tony Cuenco are dead, and so they lead the Cebuanos to the promised land. What a great honor!” said the prelate.

The archbishop recounted the achievements of both leaders.

Under Solon’s administration as Cebu City mayor, the Sinulog Festival gained nationwide recognition, paving the way to the grandest festival in the Philippines still celebrated today. Solon was Cebu City mayor from 1978 to 1983.

His career as a nutritionist resulted to many nutrition programs in the national government especially during his term as a deputy minister for Health in 1983 to 1986.

Aside from that, he was also the executive director of the Nutrition Center Philippines in 1974.

For former Congressman and Councilor Cuenco, he served multiple times as a congressman for Cebu City in the House of Representatives.

He was also appointed as Secretary-General of the ASEAN (Association of Southeast Asian Nations) Inter-Parliamentary Assembly from 2010 to 2013.

Palma said that in these trying times during the pandemic, it is important to look back on the service of Solon and Cuenco to inspire our leaders to continue the work they have left behind.

“We pray that our leaders will develop that stewardship value that advocates community above self,” said the prelate.