How do we measure ‘success’ against COVID-19? 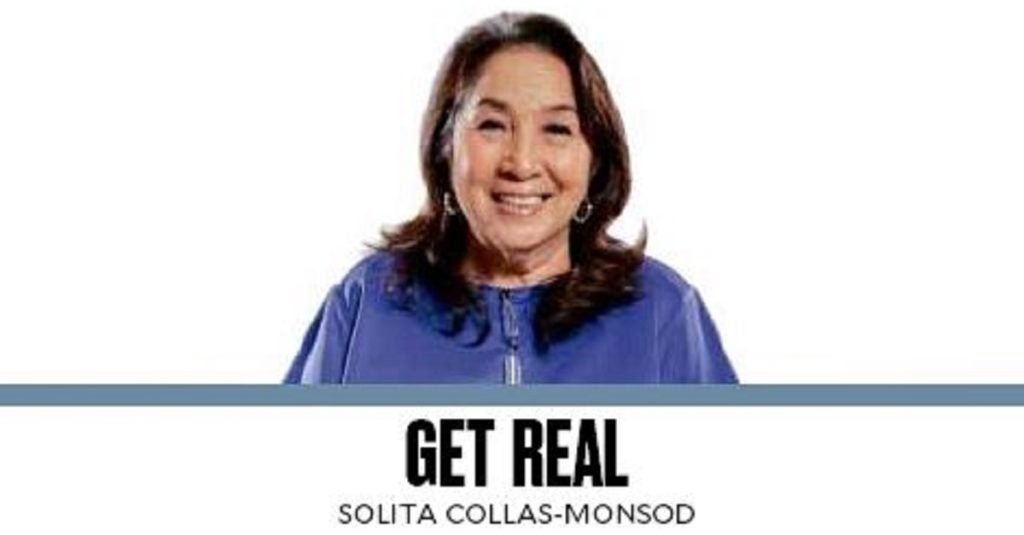 The topic du jour at this point has to be the State of the Nation Address (his penultimate) of President Duterte, and the opposition’s (very small but very loud) own views.

Sen. Leila de Lima has come up with a four-part series. “Anatomy of a Failed Pandemic Response,” based on her assessments of the President’s weekly reports to the congressional oversight committee on the Bayanihan law. I have read the first two parts, which are on his budget interventions and his attempts at welfare and social protection. Naturally, the administration will pooh-pooh it as it will any criticisms from the opposition.

But there is a group of young professionals calling themselves COVID-19PH Citizens’ Budget Tracker (CCBT) who have, also based on the President’s weekly reports and all the government data they could gather, come up with their own assessment. They have no partisan ties, and are motivated simply by the desire to help—both the government and their fellow citizens. They are guesting on my TV show on Monday evening, after the Sona, and it is amazing how their collective and voluntary efforts (about 60 of them in different committees) have resulted in a very clear picture of the government’s performance. And they have recommendations on how to make things better. Their earnestness and perseverance make me feel very optimistic about the future of this country with citizens like them.

Do they agree with Senator De Lima’s assessment? They wouldn’t know, they hadn’t read it. But if the assessments are based on the same data, the conclusions would have to be similar.

But the above topic is about how government has (or has not) helped poor Filipinos, farmers, self-employed, informal and formal workers, micro and small businesses under COVID-19.

There is another, related topic: How the government has fared against COVID-19 itself. And here, there seems to be a cacophony of voices raised against the Department of Health (DOH) and its chief.

With the government’s social amelioration program, amounts were given to the Department of Social Welfare and Development (DSWD), Department of Labor and Employment, Department of Finance, Department of Agriculture, Department of Trade and Industry, and the local government units, with the DSWD getting by far the lion’s share (it had to take care of distributing aid to 18-plus million people). The CCBT could essentially monitor, or try to, the amounts appropriated against the amounts spent by the different agencies. I am oversimplifying, of course. It could then conclude that x percent of the poor have not yet gotten the second tranche, and y of farmers or businessmen were similarly deprived.

But how does one measure the success of the government in handling COVID-19? “Flattening the curve”? But we have all witnessed how countries, and cities in particular countries, all over the world have flattened the curve, only to have it spike up again (South Korea, China, Japan, Italy, California, etc. etc.). Number of ICU beds available for use? Case fatality rate? Number of deaths per 100,000 population?

The point is that there is no metric as of the moment that allows us to say that the Philippines is doing well or badly. If it is pointed out that the case fatality rate (number of deaths over number of confirmed cases) in the Philippines is 2.6 percent while Thailand’s is 1.8 percent, therefore we are doing badly, it can also be pointed out that this same metric for the United States yields 3.6 percent, and for the United Kingdom it is 15.3 percent. If Indonesia has a higher case-fatality rate than the Philippines (4.9 percent vs. 2.6 percent), it has a lower number of deaths per 100,000 population (1.67 percent vs. 1.73 percent).

I know of no dashboard—World Health Organization, Johns Hopkins, UNDP’s Human Development Dashboards—that lists, in ascending or descending order, countries according to “success” in dealing with the virus. But the Human Development Dashboards on Preparedness of Countries to Respond to COVID-19 and on Vulnerability to Pandemics give us an idea why the other indicators listed above are what they are. Did you know, Reader, that Thailand has 15 times the number of nurses and midwives, and twice the number of hospital beds, than we have per 10,000 population? But really, that shouldn’t mean anything—the United States has more than we have, but isn’t doing so well.

Conclusion: So all of these statistics mean nothing. Or rather, it is not only the DOH that is responsible for what is happening in our fight against COVID-19. Let us remind ourselves that we, the people, are just as responsible—masks, handwashing, social distancing. But we do need quantifiably measurable targets, DOH. Supply them, please.

Read Next
John O: I have cancer, high blood pressure—and I beat Covid