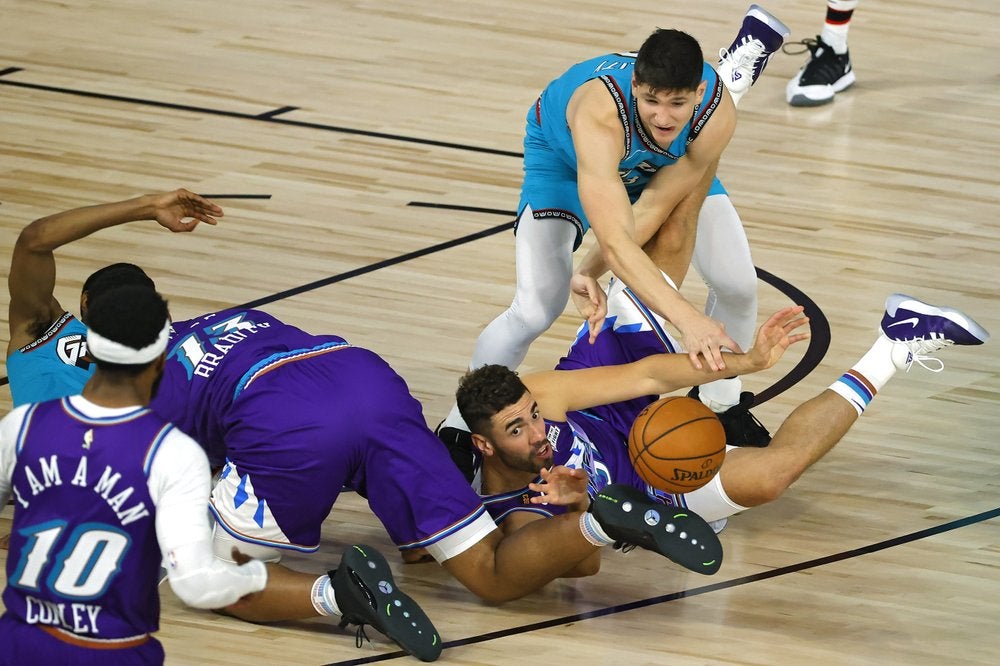 LAKE BUENA VISTA, Florida — Joe Ingles scored 12 of his 25 points in the fourth quarter, and the Utah Jazz kept the Memphis Grizzlies winless in the NBA bubble with a 124-115 victory Wednesday, (Thursday morning, August 6, 2020, Philippine time).

Mike Conley had 23 points and seven assists against his former team for the Jazz (43-25), who improved to 2-2 in the seeding round and nudged ahead of Houston (42-25) for the fourth spot in the Western Conference standings.

Dillon Brooks scored 23 points, while Grayson Allen had a career-high 20 points and six 3-pointers as the Grizzlies dropped to 0-4 in the seeding round, further endangering their chances of hanging on to the No. 8 seed in the West playoffs.

Jonas Valanciunas had 21 points and 14 rebounds, and Ja Morant added 20 points and nine assists for Memphis (32-37). But the Grizzlies have lost five straight overall since March, and Portland (31-38) leads a pack of four teams now within three games of the eighth seed.

Rudy Gobert had 21 points and 16 rebounds for Utah, which took charge of a close game with a 9-0 run in the closing minutes. The Jazz held the Grizzlies scoreless for 2:56 while getting back-to-back 3-pointers from Ingles, who his six 3s overall and finished two points shy of his career high.

Grizzlies rookie Brandon Clarke had six points while starting in place of Jaren Jackson Jr. Memphis’ second-leading scorer was ruled out for the season Tuesday with a torn meniscus in his left knee.

Memphis has been plagued by slow starts in the bubble, but the Grizzlies jumped to an early double-digit lead. Utah responded with a balanced 22-1 run in the final 4:41 before halftime for a 64-55 lead.