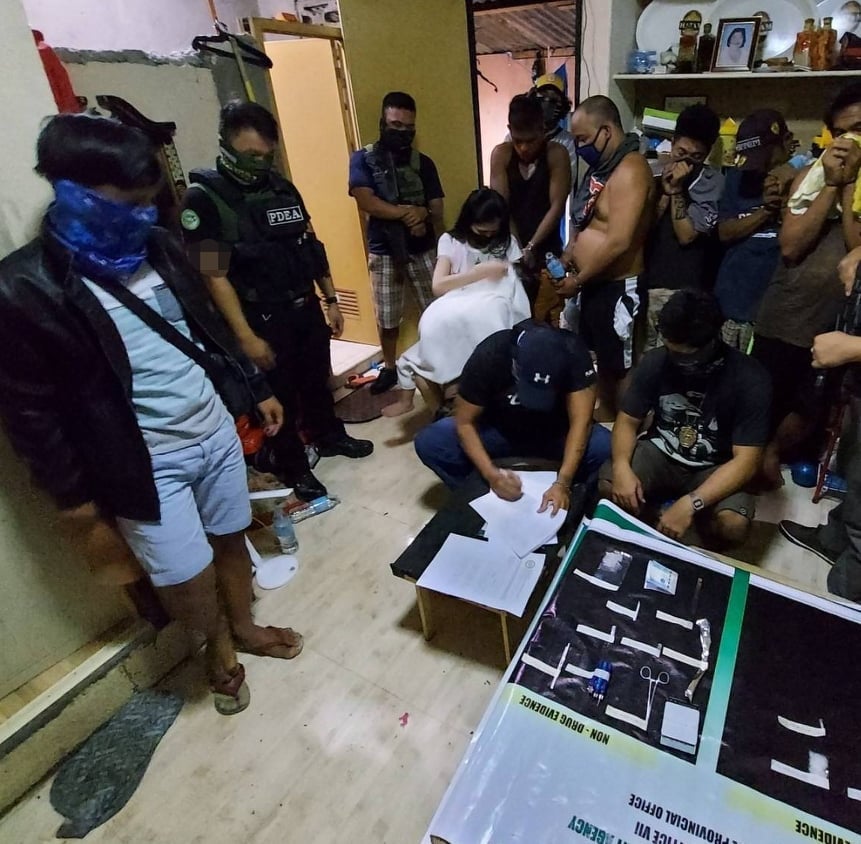 Six persons were arrested in a joint buy-bust operation conducted by PDEA-7 and the Bohol Provincial Police Office (BPPO) at past 7 p.m. on Friday, August 7, in Barangay Totolan, Dauis, Bohol. | Photo Courtesy of PDEA-7

His illegal activity was finally discovered by personnel of the Philippine Drug Enforcement Agency in Central Visayas (PDEA-7) and the Bohol Provincial Police Office (BPPO) who raided his home past 7 p.m. on Friday, August 7.

Andal, 31, was taking care of their two-year-old child when the raiding team barged into their home.

Law enforcers recovered 6.5 grams of suspected shabu worth around P44,200.

PDEA-7 spokesperson Leia Albiar said that Pocoy would sell drugs and allow the use of his home as a drug den.

(The live-in partners would welcome drug users into their home and in the presence of their two-year-old child.  They would permit if someone would want to sniff shabu.)

Quoting the outcome of their monitoring, Albiar said that Pocoy, who surrendered during the implementation of the “Oplan Tokhang” but resumed his illegal drug business, is able to dispose of 10 to 15 grams of shabu per week.

They placed Pocoy under surveillance for a week prior to the buy-bust operation Friday night.

Albiar said that all of the six suspects are now detained at the Dauis Police Station while police prepare for the filing of complaints for the violation of the Comprehensive Dangerous Drugs Act of 2002 against them. / dcb