Receiver of cargo found with P81.6M worth of drugs now in hiding 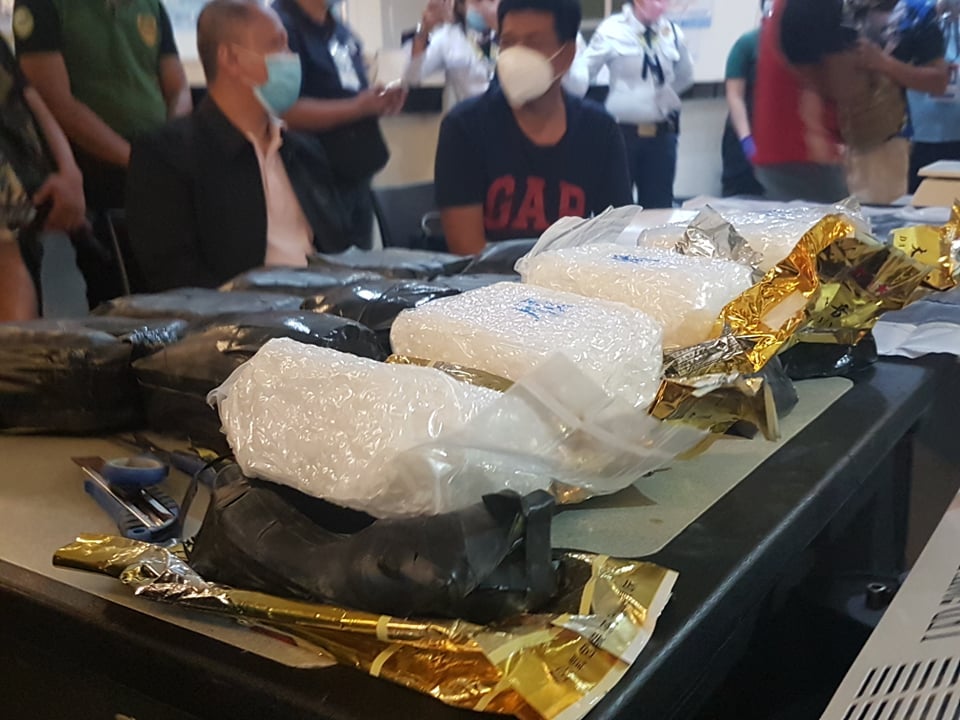 These are the 12 packs of suspected shabu with an estimated worth of P81.6 million found inside LED light boxes found in a courier express company’s warehouse in Cebu City. CDN Digital photo | Alven Marie A. Timtim

According to PDEA-7 Director Levi Ortiz, charges for distribution and delivery of the illegal drugs under Republic Act 9165, or the comprehensive dangerous drugs act, will be filed against the suspects, whose identities are being withheld pending investigation.

Ortiz, however, said that during a follow-up operation, the receiver was no longer in his known address. Investigation revealed  that the recipient was in the PDEA-7 drug watchlist.

(Right after the discovery of the 12 kilos, we had agents go to the receiver’s house to no avail. This means the receiver had a spotter.)

The 12 kilos of illegal drugs was discovered by the K9 dogs of PDEA-7 during the teams’s random inspection of cargo warehouses in Mandaue City.

According to Ortiz, the illegal drugs, which was worth P81.6 million, was able to enter Cebu through  Eastern Visayas. It was originally shipped from the National Capital Region. Ortiz said the package where the drugs were found, was well sealed, making it difficult for ordinary scanners to detected..

(If we use ordinary x-ray, the items couldn’t be detected because they were well concealed. Aside from being hidden in a metal container, it was placed inside the spotlight and wrapped with a very thick rubber material.)

Ortiz said that the illegal drugs came from the international drug ring Golden Triangle, whose members are from Southeast Asian countries such as Thailand, Laos and Burma. An indication that it came from the triangle was the Chinese tea packs wrapped around the items.

As of this posting, PDEA-7 said it is coordinating with other law enforcement agencies on coming up with better plans to be able to prevent smuggling of illegal drugs in the region. /bmjo