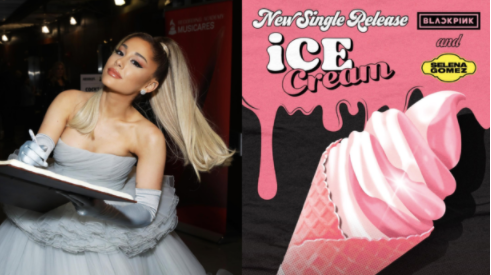 Ariana Grande has confirmed that she helped create the upcoming song by Blackpink and Selena Gomez titled “Ice Cream”.

Grande spoke about the collaboration on her Instagram Stories last Friday, Aug. 21, where she shared a post from producer Tommy Brown.

“[Proud] of the squad, and so proud of this!” Grande said in her Instagram Stories, as per Soompi the day after.

“So much love for this team and these ladies!” she added, while mentioning the South Korean girl group and Gomez.

Brown’s post featured a graphic art piece for the upcoming single, as seen on his profile.

“Produced and written [by] me and some of my awesome friends,” he said in the post, where he tagged Grande alongside singers Bekuh Boom, Victoria Monet and producer Mr. Frank. 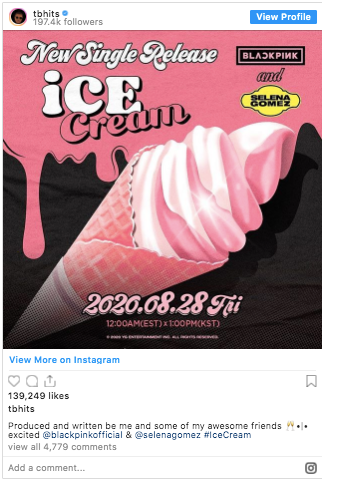 “Ice Cream” is set to debut on Friday, Aug. 28. Prior to teaming up with Gomez, the K-pop girl group has also worked with other award-winning international artists such as Lady Gaga.

Lady Gaga featured Blackpink in her recent song “Sour Candy”, which is part of her latest album “Chromatica”. Ryan Arcadio/JB