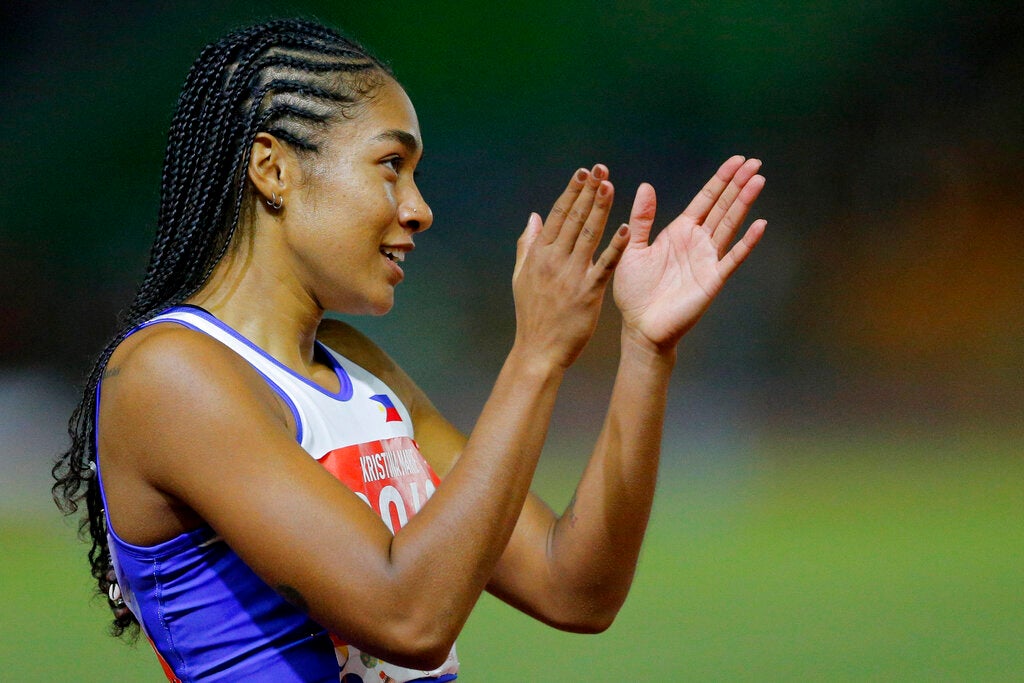 The Filipino-American sprinter set a new Philippine record after clocking 11.27 seconds in the 100-meter dash. 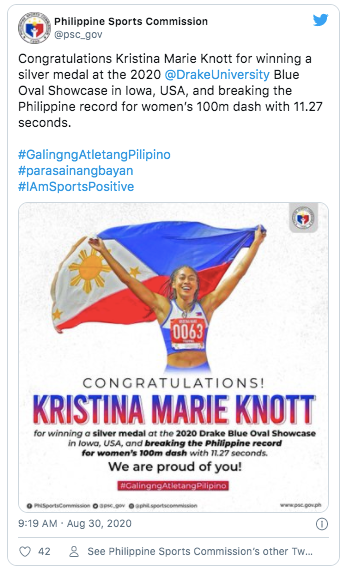 In the 30th SEA Games last year, Knott also set the national record in the 200-meter dash with a time of 23.01 seconds.