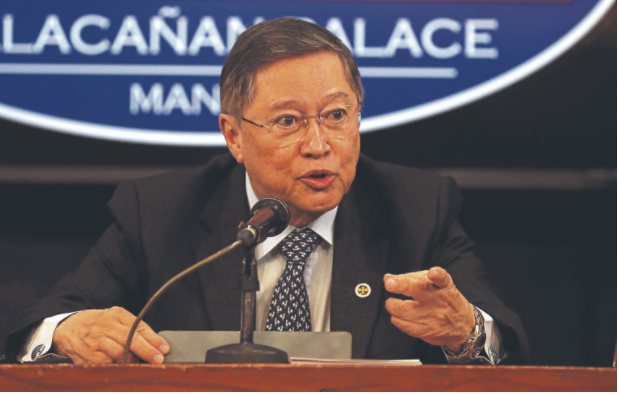 MANILA, Philippines — President Rodrigo Duterte’s chief economic manager on Friday vowed to go after the cybercriminals that had victimized the state-run United Coconut Planters Bank (UCPB), while ordering the government financial institutions (GFI) under his watch to tighten their security measures.

“We are working closely with law enforcement and the Bangko Sentral ng Pilipinas (BSP) to keep GFIs and the banking system safe, secure, and reliable. No stone will be left unturned as we investigate this incident and as we strengthen all components of our security systems,” Finance Secretary Carlos G. Dominguez III said, referring to the computer hacking that stole P167 million from UCPB in June.

“We will also see to it that the perpetrators are caught, tried, and punished to the fullest extent of the law,” added Dominguez, who as Finance chief also oversees GFIs.

“We also assure the public that GFIs are consistently fortifying their cybersecurity systems. Client funds are safe and intact, and we are taking the necessary steps to protect our stakeholders,” Dominguez said.

“GFIs are consistently updating the security of their databases, servers, devices, and software to respond to new threats and vulnerabilities. GFIs are also taking proactive measures to verify vendors and business partners, and limiting third-party access to critical programs. GFIs also have the mechanisms in place to monitor, detect, isolate, and eliminate incursions into their cyber systems,” Dominguez added.

In the case of UCPB, Dominguez said the lender was investigating the cybercrime alongside the National Bureau of Investigation (NBI) since mid-June.

“UCPB is reviewing and strengthening its IT and security controls. UCPB has assured us that their clients’ funds were not affected by the incident. UCPB is a resilient and well-managed institution, registering a net income of P2.9 billion for the first half of 2020,” the Finance chief said.

NASA astronaut plans to cast her ballot from space station

Private school enrollment drops to less than half