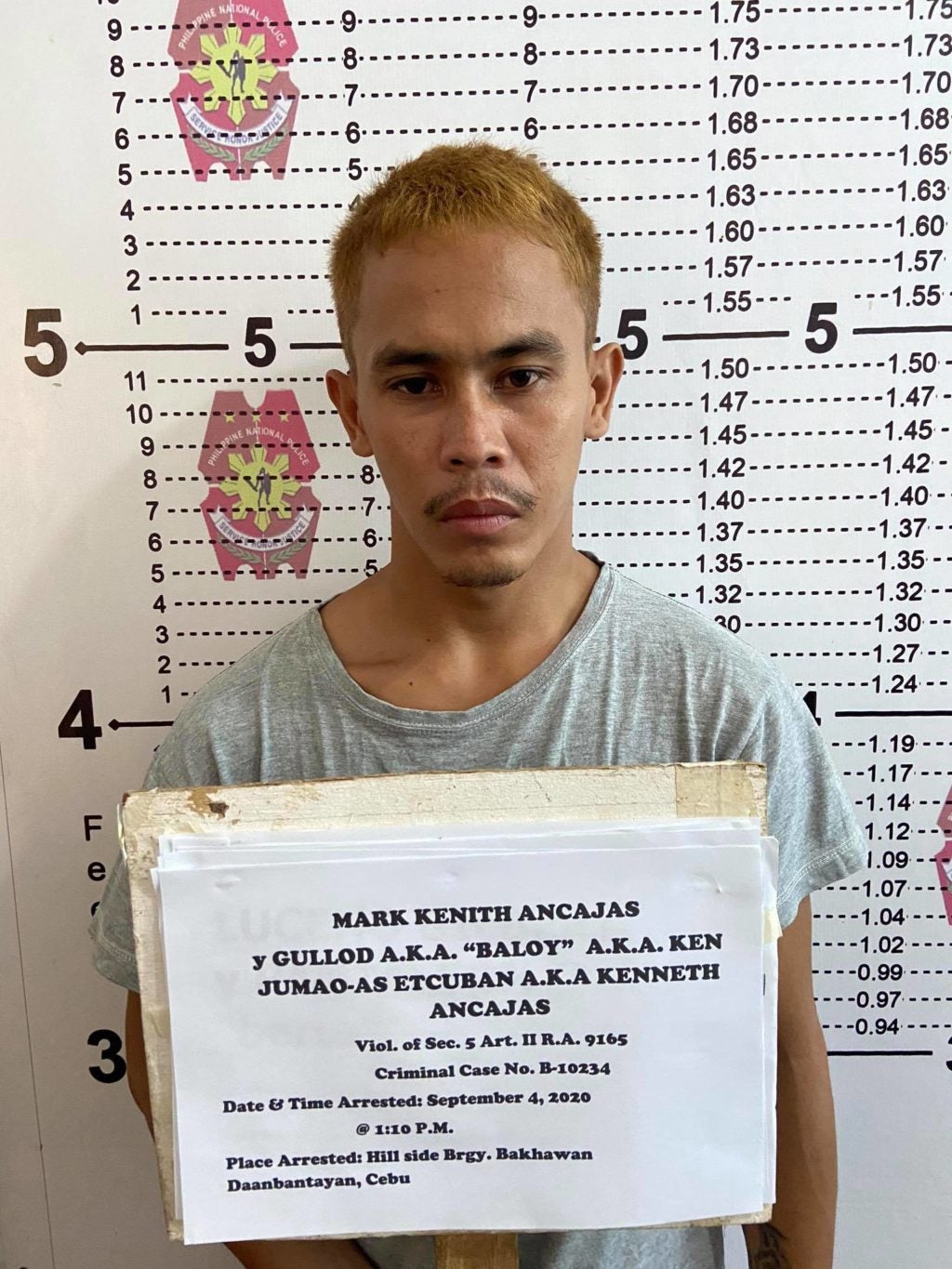 A 24-year-old fisherman with a standing warrant for selling of illegal drugs was arrested by the police in Daanbantayan today, September 4, 2020. | Photo from CPPO

Mark Kenneth Ancajas, 24, a resident of Sitio Balintawak, Barangay Kawit, Medellin, did not get the chance to escape the second time around when the police arrived in his hideout to arrest him. He had been hiding from the authorities for about eight months.

The PIU chief said that the help of concerned citizens and continuous monitoring when Ancajas was spotted in the area led to the arrest of the suspect.

According to Korret, the CPPO have been focusing on monitoring and arresting wanted personalties especially those involved in illegal drugs following the orders of the Philippine National Police (PNP) headquarters to intensify the campaign against illegal drugs.

“Actually, we are focusing on those wanted persons for illegal drugs in support to the ongoing efforts of the PNP’s war on drugs,” said Korret.

As the police force in central Visayas especially in Cebu continue to conduct operations on wanted persons, Korret said he encouraged those with warrants of arrest to surrender immediately so that their cases would be resolved./dbs