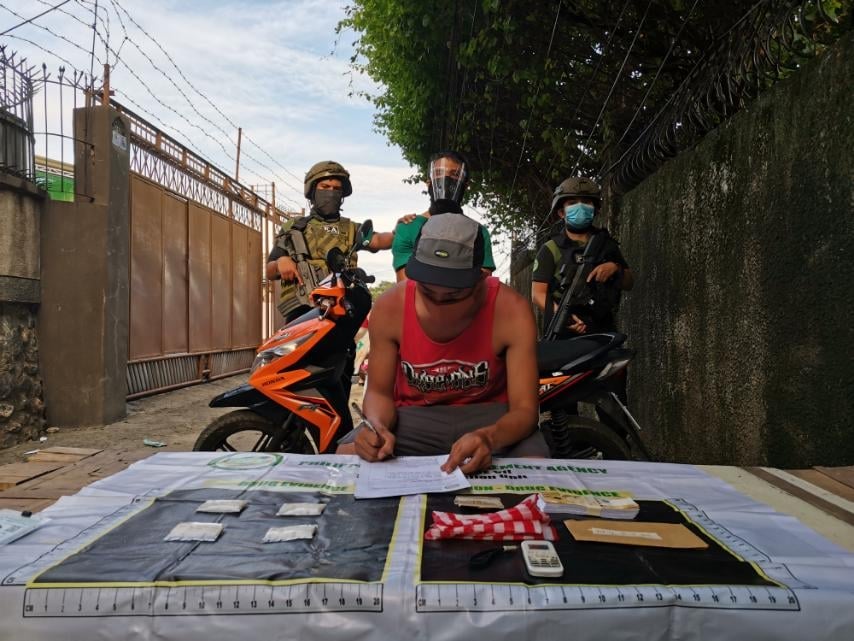 CEBU CITY, Philippines — A 35-year-old construction supervisor, who was also considered as a high-value individual (HVI), was arrested in a buy-bust operation in Sitio Kalubihan, Barangay Guadalupe, Cebu City at 1:30 p.m. of September 18, 2020,

Jose Roel Joven Ermitanio was caught with at least 100 grams of suspected shabu worth P680,000, during the operation conducted by agents of the Philippine Drug Enforcement Agency in Central Visayas (PDEA-7).

Read: PDEA-7: Hard work pays off with 17 kilos of shabu seized in 2 months in Cebu

According to PDEA-7 Agent Kitkat Fortaleza, Ermitanio was under surveillance for three days after they received confirmed reports about his involvement in illegal drug trading.

During the surveillance it was found out that Ermitanio could dispose of at least one kilo each week in the area.

Fortaleza said that Ermitanio’s modus of selling was exclusive only to those who had already bought from him.

Erminatinio will be detained at the PDEA-7 facility pending the filing of charges for selling illegal drugs./dbs