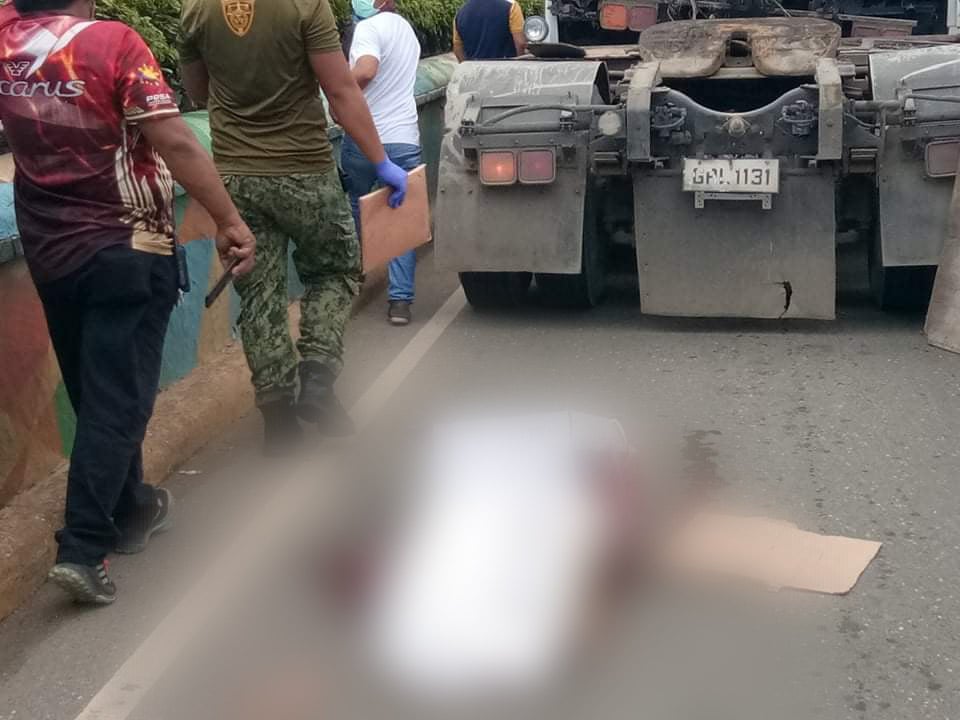 The body of Amandine Lapincao lays on the ground after she was hit by a prime mover truck on Friday morning, October 16, 2020. CDN Digital photo | Futch Anthony Inso

Lapu-Lapu City, Cebu—A 27-year-old woman was killed after she was run over by a prime mover truck around 11:00 a.m. on Friday, October 16, 2020, along ML Quezon Highway in barangay Pajo here.

The victim was later identified by medical responders as Amandine Lapincao, a resident of sitio Saac I in barangay Buaya. She was identified through some identification cards she had with her during the accident.

When interviewed by this writer, the driver of the truck, identified as 46-year-old Ramil Alolod, said he didn’t expect the victim to cross the street since there was no pedestrian lane in the area where she got hit.

He claimed that the woman went over the the center island to cross the street and when she did, she slipped and fell towards where the truck was passing.

Mary Ann Malubay, the sister of the victim and a court employee, said that her sister was processing some documents from the city hall  before the incident happened.

Chan promised that he will shoulder all the expenses for the wake and burial of the victim.

Police are still investigating the accident as of this posting. They have custody of the driver, who may face charges because of the incident.

Read Next
IN PHOTOS: Japan’s ‘Parthenon’ protecting Tokyo from floods