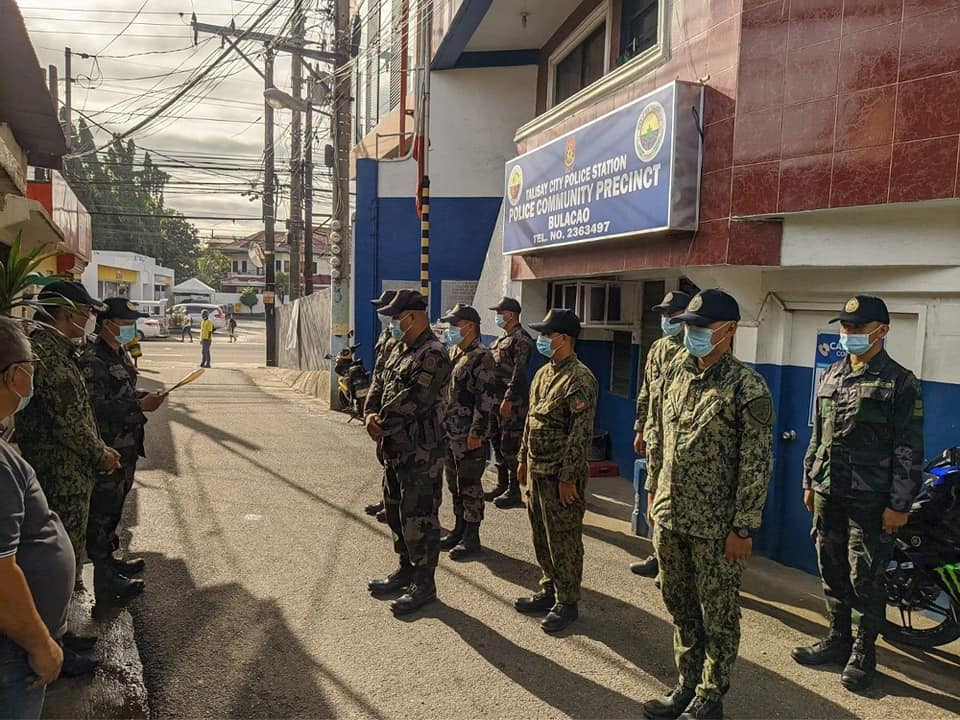 These community precincts are located in Barangays Lawaan, Bulacao, and Tangke, an advisory from the Talisay City Police Station said.

Police Major Gerard Ace Pelare led the reactivation of the three PCPs on Saturday morning.  At the same time, he also visited each of the three precincts to make sure that these are equipped with facilities that would be needed to serve Talisay City residents.

“With the reactivation of the PCP’s, the crime prevention efforts of the city will be reinvigorated,” Pelare said during the opening program.

The PCPs are expected to “facilitate swifter access to police service, quick response and increased police visibility in the busy thoroughfares in this the time of [the] pandemic,” the advisory said.

The PCPs were created in 2019 yet and in close coordination with the Talisay City government.

“It materialized to give better service to all Talisaynon’s through quick response, aggressive patrolling and increased police presence. The three PCP’s have greatly contributed significantly in crime prevention and solution,” the advisory read.

However, police deployment was “adjusted” at the height of the coronavirus disease pandemic because of the need to place warm bodies in quarantine checkpoints (QCPs).

“The PCP’s were then converted into sleeping quarters of police officers detailed in QCPs and QRTs (Quick Reaction Teams).”

With the approval of Mayor Gerard Anthony Gullas and with the improvement of the COVID-19 situation in the city, the three PCPs will now be reactivated.

“This move ensures continuity of the momentum against illegal drugs and crimes,” the advisory read.

However, it added that the recording of crime occurrences would remain at the police station in Barangay Poblacion./dbs