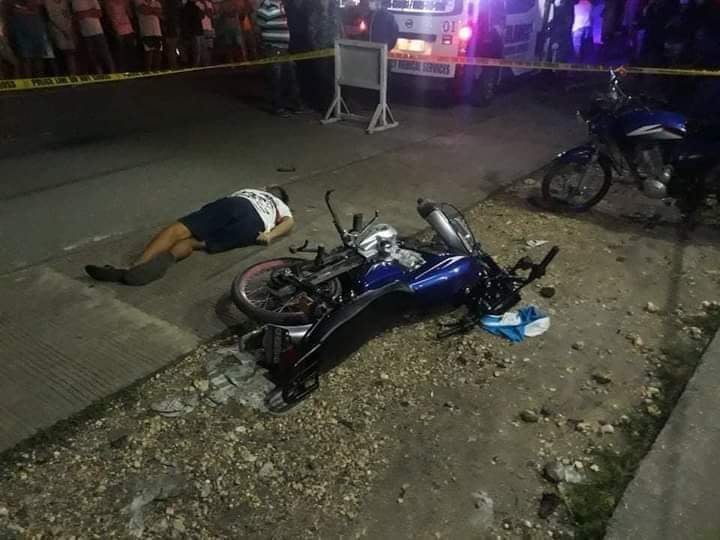 The body of Kenneth Roize Hidalgo, 21, from Barangay Legaspi in Alegria, Cebu, lies face down on the ground after he was shot by a still unidentified gunman on Monday night, October 25, 2020. | contributed photo

Based on initial investigation, Hidalgo, who works as a motorcycle motorcycle-for-hire driver, was waiting for passengers when he was shot by a still unidentified gunman who was onboard a motorcycle with a companion.

Hidalgo sustained gunshot wounds on different parts of his body that led to his death.

According to Obiasada, the motive of the killing may be personal, considering the background of Hidalgo.

He said that in 2018, they were able to arrest Hidalgo for selling illegal drugs but he was later released in December 2019.

The investigators of Alegria Police Station, according to Obiasada, are still working to to trace the possible whereabouts of the suspects.