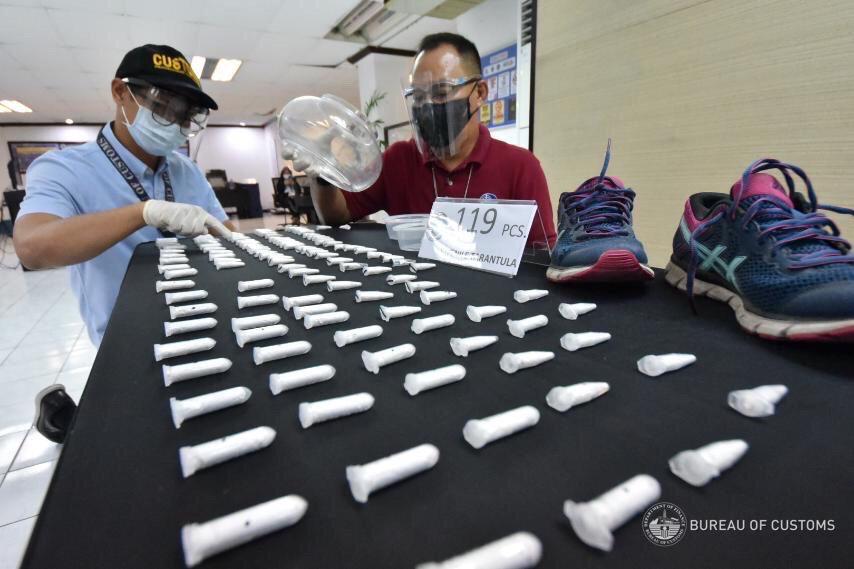 Agents of the Bureau of Customs – NAIA find 119 live tarantulas that were concealed inside rubber shoes in a warehouse in Pasay City on Wednesday, October 28, 2020. (Photo from BOC)

MANILA, Philippines — Agents of the Bureau of Customs (BOC) at the Ninoy Aquino International Airport intercepted a package containing 119 live tarantulas that were hidden inside rubber shoes in a warehouse in Pasay City.

The parcel declared as “buty” or Polish word for shoes, was shipped from Poland to a consignee in General Trias, Cavite. The BOC said Friday that the package was subjected to physical examination after it yielded suspicious images.

Customs examiners on Wednesday discovered the different species of live tarantulas in individual plastic vials inside the parcel. 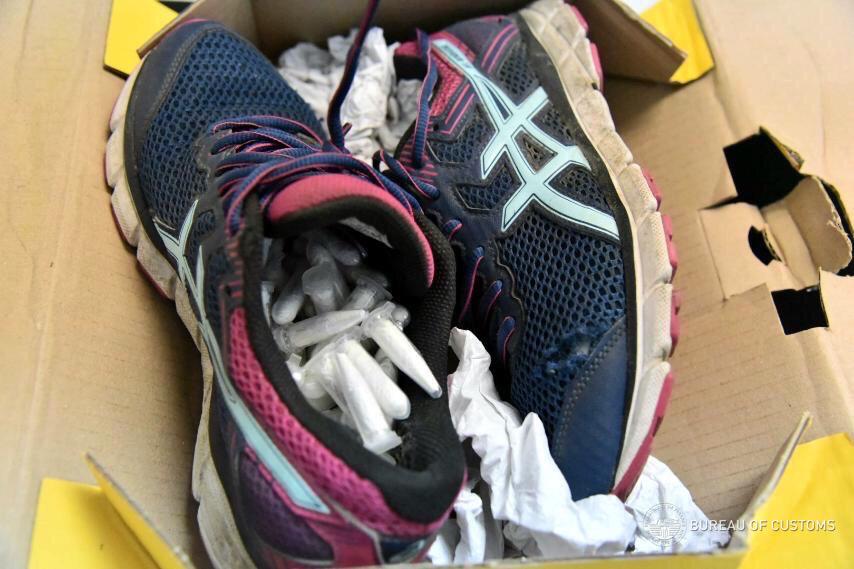 The tarantulas were turned over to the Department of Environment and Natural Resources Wildlife Traffic Monitoring Unit on Thursday, according to the BOC.

In 2019, BOC-NAIA also intercepted 757 live tarantulas concealed inside oatmeal and cookie boxes and 87 live spiders inside white plastic canisters, both exported from Poland. 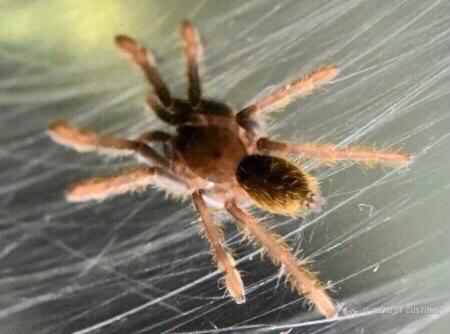 Tarantulas are classified as endangered wildlife species. The BOC warned that illegal wildlife trading is punishable by imprisonment of six months and one day to one year and a fine of P10,000 to P200,000 pursuant to Republic Act No. 9147 or the Wildlife Resources Conservation and Protection Act.

Unlawful importation of endangered wildlife is likewise punisable by jail time of not less than 30 days and one day but not more than six months or a fine of not less than P25,000.00 but not more than P75,000.00, or both, if the appraised value of goods unlawfully imported, including duties and taxes, does not exceed P250,000 under Section 1401 of RA 10863 or the Customs Modernization and Tariff Act.

Read Next
DepEd has over P1.9B balance in unliquidated cash advances — COA