With its mission of feeding people and helping communities through constant brand innovation and product improvement, Julie’s Bakeshop celebrates its 40th anniversary through the National Pandesal Day!

First established on January 6, 1981 by Julie Gandionco, what started as a small bakeshop in Mandaue City, Cebu is now considered as a successful neighborhood bakeshop chain with over 450 branches all over the country, baking and serving good quality bread to millions of Filipino families ever since.

“As part of our thanksgiving, it’s not just about creating activations or creating exciting promos, but giving back to the community as well.”

“We are very proud and very humbled for being able to survive for 40 years of service,” said Marc San Juan, National Marketing Head of Julie’s. “For a business to be able to succeed and to remain for four decades, we wanted to thank our customers and to give them some excitement in a way. That’s why we are celebrating our milestone through the National Pandesal Day.”

The National Pandesal Day is an annual event of Julie’s since its 35th anniversary. It is commemorated to express their heartfelt gratitude to customers for their continued patronage over the years.

In the celebration that revolves around the main product of Julie’s, which is the pandesal, they have been introducing exciting new offers every year that highlights every Filipino’s favorite bread.

“We just don’t want to stick with one offer every year. We wanted our customers to enjoy and to be delighted that there’s something new from Julie’s and there is something to look forward to that is different from what they’ve experienced last year,” San Juan said.

Celebrating their 40-year milestone this year, Julie’s Bakeshop is coming up with a classic breakfast bundle as a new offer. 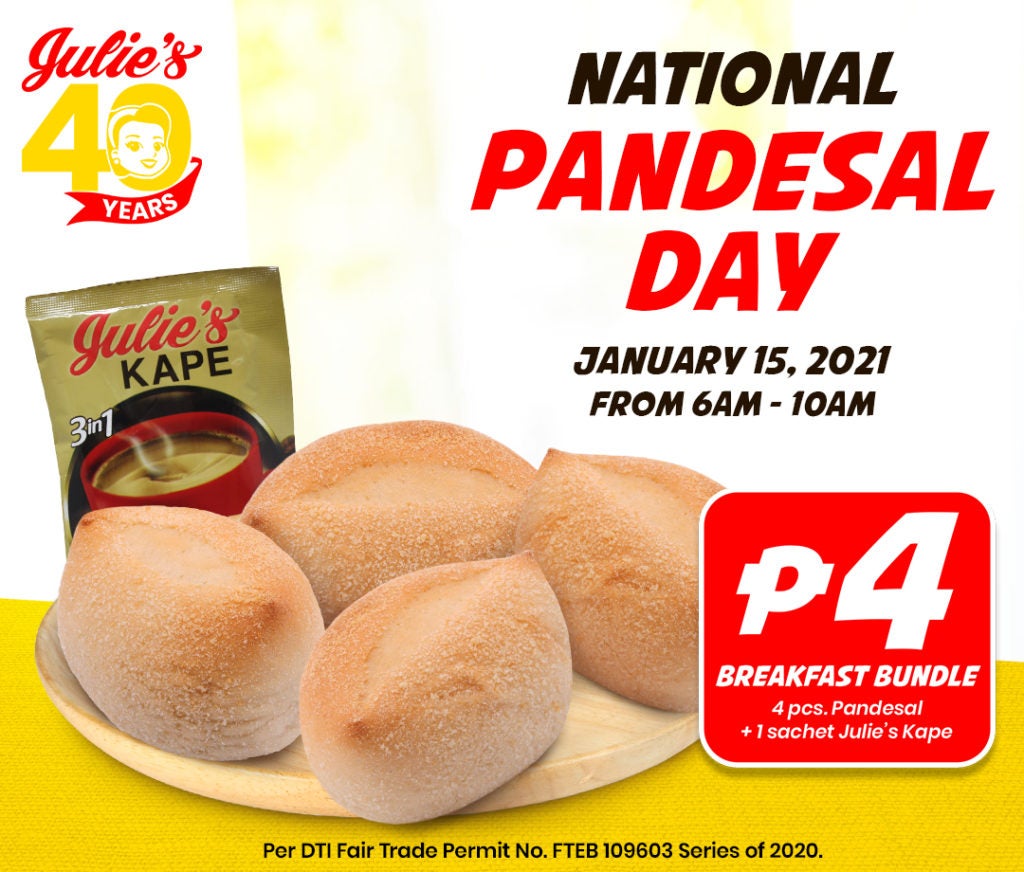 As a classic Pinoy breakfast would not be complete without a pandesal paired with a cup of coffee, Julie’s introduces its National Pandesal Day Breakfast Bundle. On January 15, 2021, from 6 to 10 a.m., customers can buy four pieces of pandesal and 1 sachet of coffee for only P4 in participating Julie’s Bakeshop branches nationwide.

More than just a celebration

2020 is indeed a challenging year for everyone. With the looming existence of an infectious virus, countless people and businesses were greatly affected – Julie’s Bakeshop included.

“Even throughout the history of Julie’s, we have faced a lot of problems, and with what happened with the pandemic, it was really a challenge. We are just thankful that we are able to survive and prevail through our continued effort and loyal customers,” San Juan said. 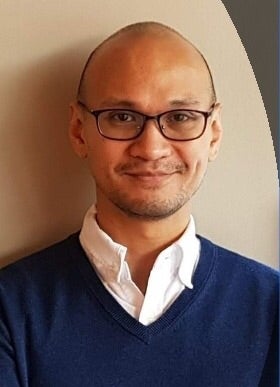 San Juan also mentioned that Julie’s Bakeshop’s success for 40 years would have not been possible without the new franchisees of the company. “I think the fact that we have or continually are getting franchisees is a testament to the brand’s success. People still believe in Julie’s not just in terms of the products that we offer but as a business as well,” he said.

The National Marketing Head also shared that the National Pandesal Day is not just a celebration but a precursor for the many activities that Julie’s Bakeshop has planned for the year.

“As part of our thanksgiving, it’s not just about creating activations or creating exciting promos, but giving back to the community as well,” San Juan said.

Julie’s Bakeshop turns 40 this year, but the Pandesal ng Bayan has already received its gift: being able to share happiness with countless customers who have enjoyed their bread throughout the years.