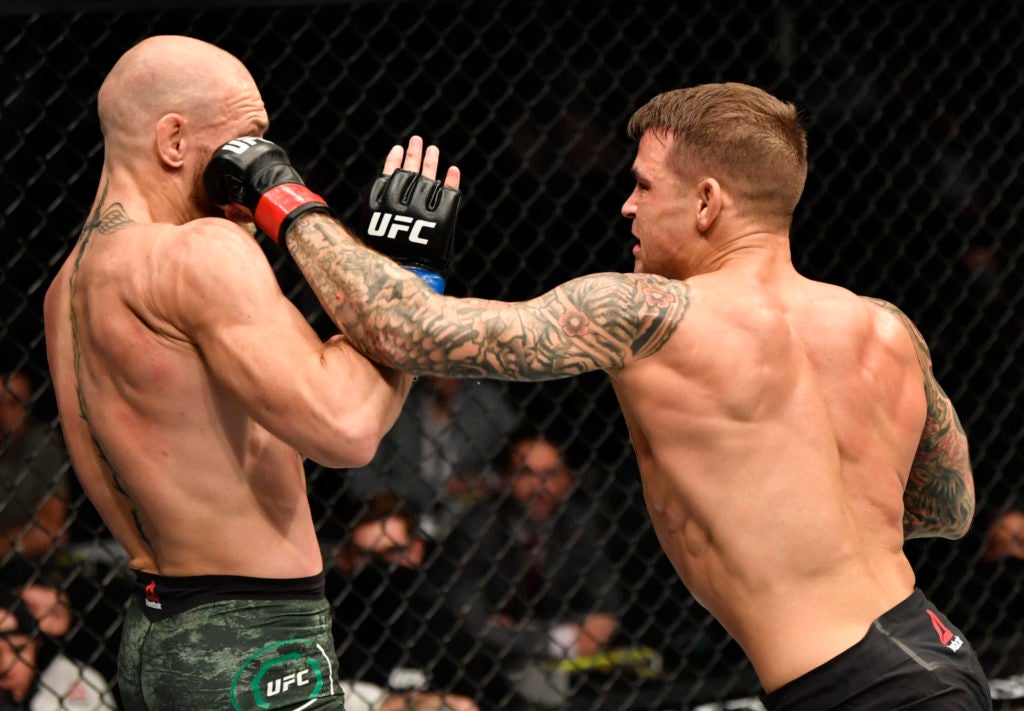 Conor McGregor admitted he was “heartbroken” Sunday after a shock UFC knockout by underdog Dustin Poirier left the superstar’s future in the cage uncertain.

“(It’s) the highest highs and the lowest lows in this game. I don’t know where I’m at, at the minute, to be honest,” said the biggest drawcard in mixed martial arts.

The 32-year-old McGregor had been an overwhelming favorite to register a winning return after a year away from the octagon.

But Poirier (27-6), who lost in 109 seconds to McGregor in their first fight in 2014, used a lower leg kicking strategy to negate his opponent’s stand-up style.

The American then launched a sustained barrage of blows to the head culminating in a straight right dropping McGregor to the floor moments before the fight was stopped at 2min 32sec of the second round.

“I have no excuse. It was a phenomenal performance from Dustin. It’s a bitter pill to swallow,” said McGregor, who hobbled onto to stage with help of a crutch and revealed his calf had blown up “like an American football.”

The unexpected defeat left many MMA fans wondering what will be next for McGregor, who will face questions about his future in the sport.

The loss will scupper any possible rematch with Russian Khabib Nurmagomedov, the unbeaten UFC lightweight champion who has now retired.

The Russian was quick to mock McGregor on social media after Sunday’s fight.

“This is what happened, when you change your team, leave the sparring partners who made you a champion and sparring with little kids, far away from reality,” tweeted the Russian.

UFC boss Dana White said Sunday’s UFC 257 was tracking to be among the top three PPVs in history, with all featuring the wildly popular McGregor.

But the defeat may mean McGregor now explores other avenues, such as a money-spinning boxing match against the Philippines’ great Manny Pacquiao.

McGregor deflected questions about the possibility of a fight against eight-weight world champion, saying he was more concerned with healing his damaged leading right leg.

“I’ll regroup,” said McGregor. “I’ll pick myself up, get up off the floor and go again. I’ll keep my head high.”

Pacquiao had wished McGregor luck on social media ahead of and tweeted afterward: “Beautiful thing about the fight game, anything can happen! Congrats to @DustinPoirier Huge win! #UFC257.”

There was still time though for one last flash of McGregor’s old brashness, before he limped away, when he was told of Nurmagomedov’s mocking social media posts.