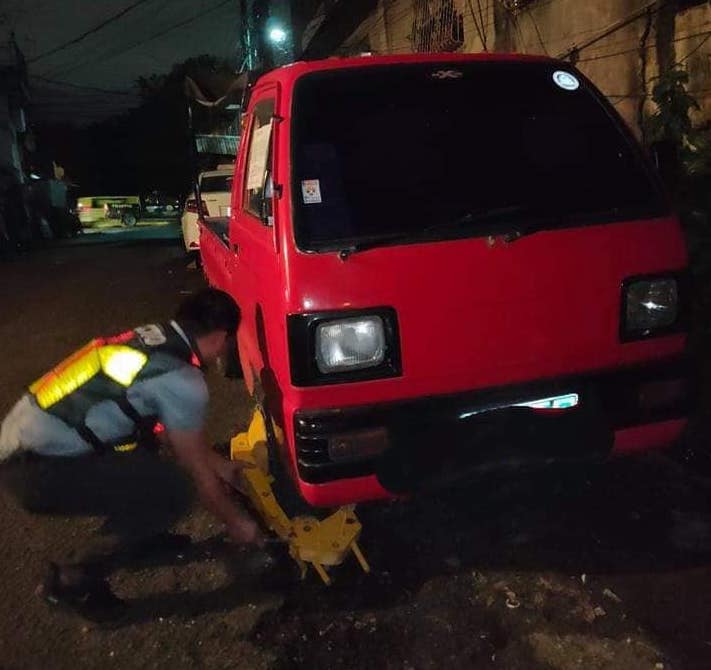 A multicab was among the illegally parked vehicles that were clamped by CCTO officers on Wednesday, January 20, 2021. | photo from CCTO FB page

CEBU CITY, Philippines — Intensify operations vs illegal parking and other road obstructions before evaluation of road clearing from the Department of Interior and Local Government (DILG).

This was the instruction of Mayor Edgardo Labella to the Cebu City Transportation Office (CCTO) as the evaluation of the DILG draws nearer from February 16 to March 2.

The mayor said that while the clearing operations of structures has been smooth in the past months since 2020, thanks to the cooperation of residents, illegal parking continues to be rampant.

“Atong clearing last year pa. We have been making inventory on the obstructions, and we will be ramping up operations in the coming days,” said Labella.

In the monthly report of the CCTO, the agency has issued 10,836 traffic citation tickets (TCT) for different violations including illegal parking on the city’s major roads.

At least 760 of the over 10,000 citations were clamped vehicles due to overnight parking on the roads, a prohibition due to the cars being obstructions.

Other violations include jaywalking, expired registrations, no driver’s license, and no plate numbers.

Ronnie Nadera, the spokesperson of the CCTO, told CDN Digital that they continue to work with other agencies such as the Prevention, Restoration, Order, Beautification, and Enhancement (PROBE) team for the clearing operations.

Nadera warned that those who continuously violate the traffic will be cited accordingly and will face a fine of P500 to P3,000 depending on the number of violations.

The CCTO will continue to conduct operations even after the DILG evaluation, Nadera said.

The mayor said he will be writing to the telcos for the removal of these posts before the evaluation on February 16. /rcg