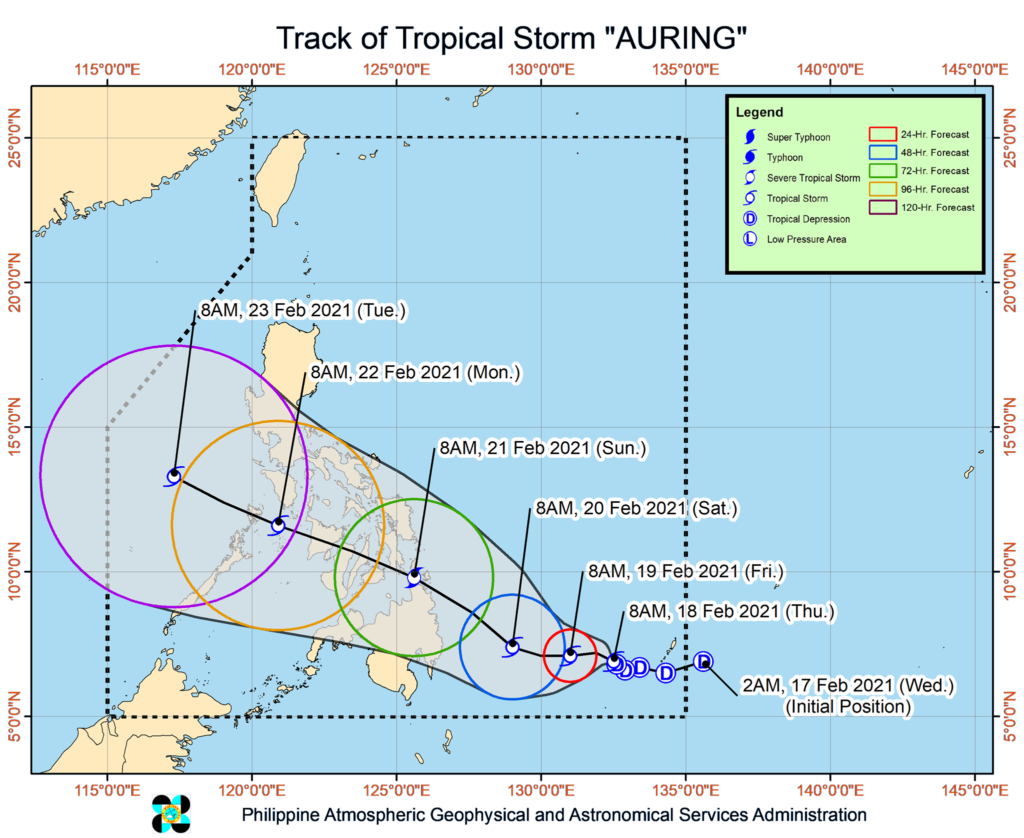 The Philippine Atmospheric Geophysical and Astronomical Services Administration (Pagasa), in its latest weather bulletin, said Auring had developed to a Tropical Storm from a Tropical Depression while passing through seawaters east of Mindanao at 8 a.m., Thursday.

Its center was last spotted 685 kilometers East Southeast of Hinatuan, Surigao del Sur as of 10 a.m.

Auring now packs wind with speed of 65 kilometers per hour (kph) with gustiness reaching up to 80 kph while moving at a northwestward direction slowly, Pagasa said.

Pagasa also maintained its earlier forecast that Auring would make its first landfall between the Caraga and Davao regions between Saturday evening (February 20) or Sunday morning (February 21).

“On the forecast track, Auring may intensify into severe tropical storm prior to landfall over Caraga on Saturday evening or Sunday morning,” the state weather bureau said.

Pagasa said storm signal warnings would be raised as early as tomorrow, Friday in several areas in Mindanao. /dbs