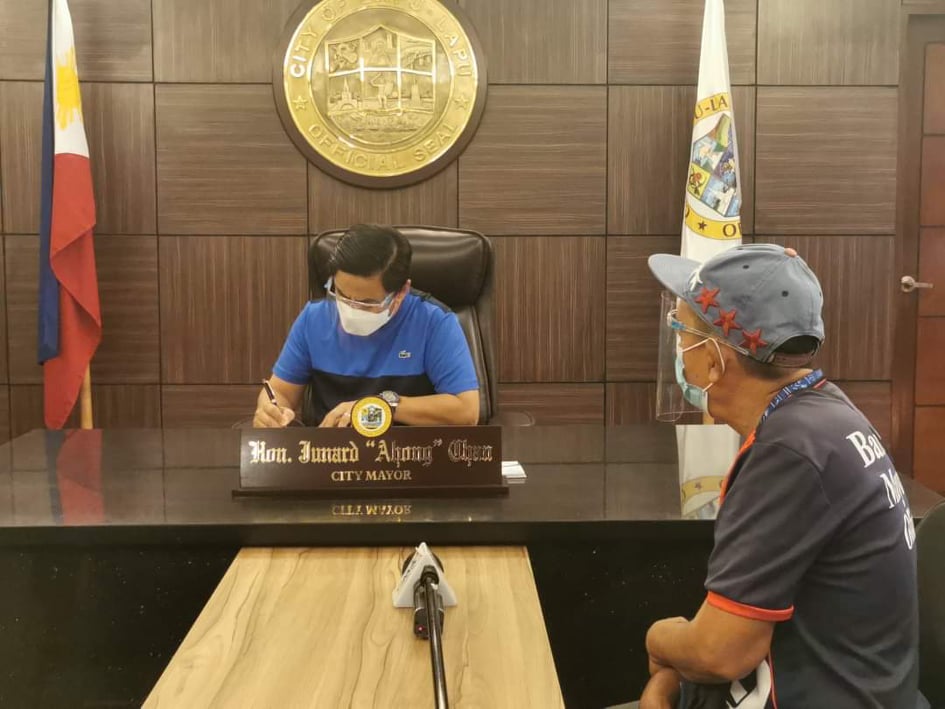 Chan called the attention of Lucino Solon on Friday noon, March 5, 2021, after his picture has gone viral on social media. Solon is a member of the Barangay Mayor’s Office (BMO) core group.

Solon was seen taking pictures of a quarantine violator in Barangay Marigondon, while he himself was not properly wearing his face mask, during their operation yesterday, March 4, 2021.

But Solon explained that he only pulled down his face mask to answer a call on his cellular phone.

He added that after that, he already forgot to put back his face mask in its proper place.

Chan, however, said that no one should be above the law and that Solon would have to face the consequences of his action.

Quarantine violators can choose to pay the fine of P1,000 or do community service as their penalty.

But Chan wants Solon to do community service by ordering him to collect 5 kilograms of garbage tomorrow, March 6, 2021.  /rcg